The latest pictures of the singer’s Ahdiyeh

Ahdieh (Ahdieh Badiee) is a pop singer. She was became known as a singer on National Radio and TV, and through songs for films. She lives in Spain with her Spanish husband and children. She speaks English, Spanish, and native Persian. She is still active in singing both commercially and for charity purposes. She was 19 years old when she participated in the Shiraz International Festival, called the Shiraz Art Festival, as one of the best singers on radio. The festival was organized by Farah Pahlavi and was attended by some of the world’s most famous artists, including the Jewish Manoha. Ms. Ahdieh and Mr. Abdolvahab Shahidi were selected by Radio to complain about the festival. 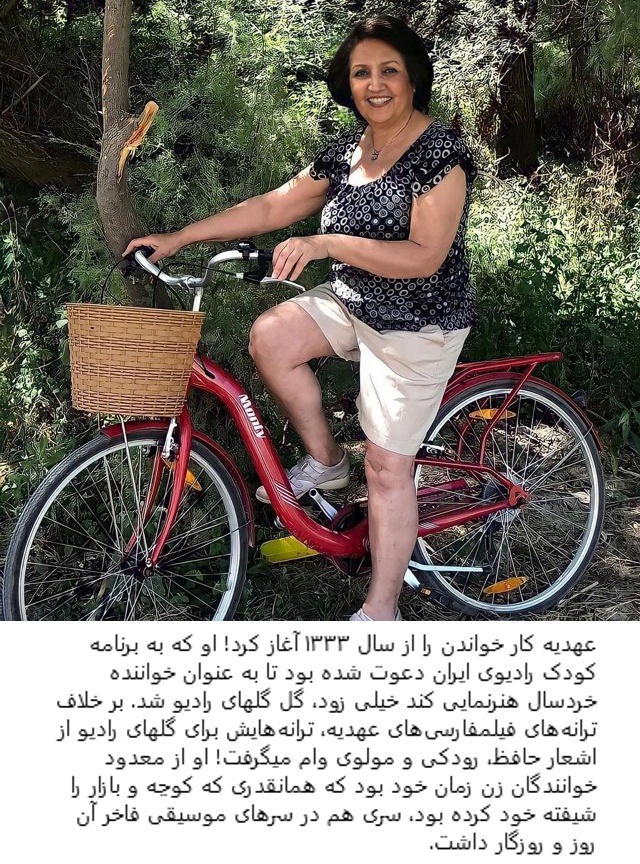