Ali Sartipi Producer and distributor
Beginning of Power The name of the sartipi is linked to the important films of the last two decades of Iranian cinema. He is the director of filmmakers who plays important films. Sartipi, before he entered the field of film production in a specialized way, produced several films and collaborated with Milad Film. 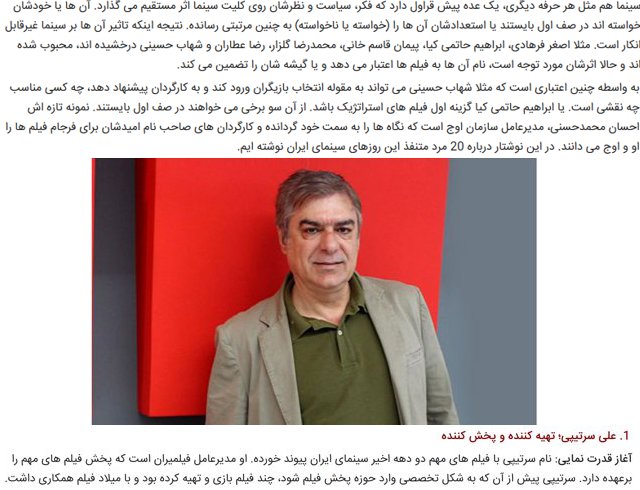