The richest Muslim women in the world

Princess Haya bint Hussein
Princess Haya is the fourth and junior wife of the United Arab Emirates’ prime minister, Sheikh Mohammed bin Rashid Al Maktoum, being known internationally as Princess Haya of Jordan. She is a 41st-generation direct descendant of Muhammad since she was born to the Hashemite family (who have ruled Jordan since 1921). 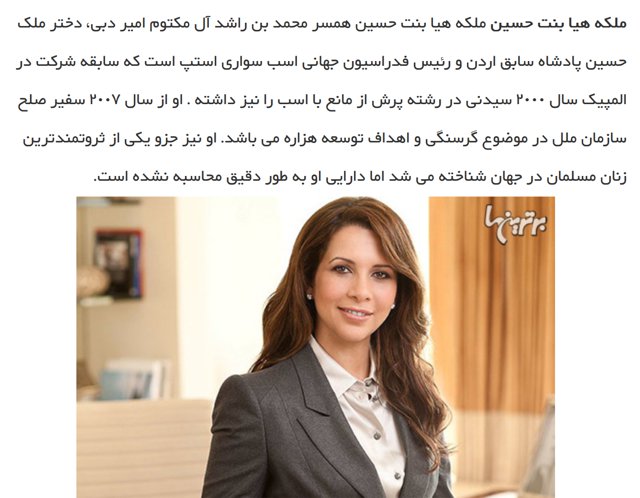