Selection Criteria: This award actually has two different literary positions. The first prize is awarded to people who have long service in the children’s book, including designing, writing and translating children’s literature, and the second prize, called the Hans Christian Andersen Literary Prize, has been launched since 2010 and is a prize. Every two years, she is presented to the best literary writer who works on works by Hans Christian Andersen. Award: In the first section, the Hans Christian Anderson badge is a gold medal with the face of Anderson, and the second part is 500,000 crowns (about 90,000 dollars) and a bronze statue 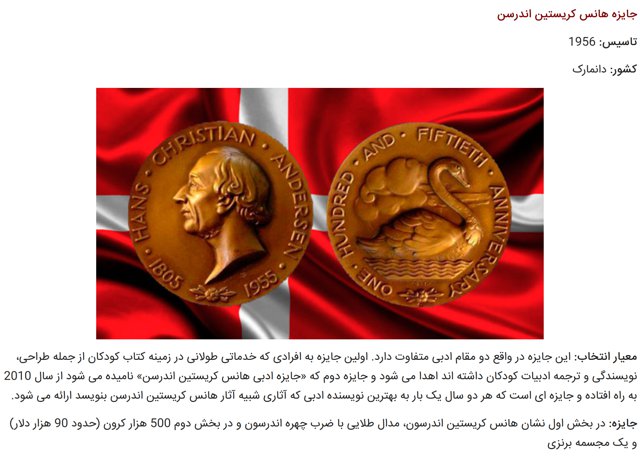