The Tehrani who obeys the suggestions, with the “blue”, made his first bad choice. Hamid’s movie was a very poor demonstration of the boys’ booty with the instrument called Mehri, and Tehrani, as a girl of the storyteller, did not have the opportunity to do that. Using a few stereotypes of this kind of characters, he exhibited a weak performance. 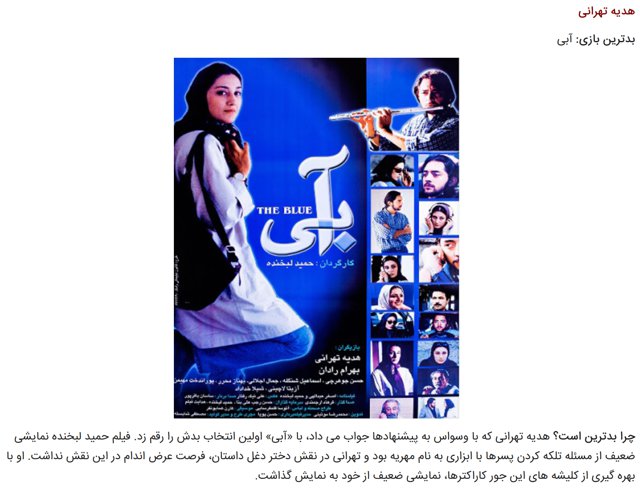