These Hollywood men are fans of feminism

John believes that the opportunities offered to women and men should be equal. He compares the society of 1960 with 2011, and says: “Women were considered to be in the second category of society since men were at the top of society. At the time, this was a fact that people had accepted, but in the other society, women did not tolerate this situation and they also have the right to do so. “ 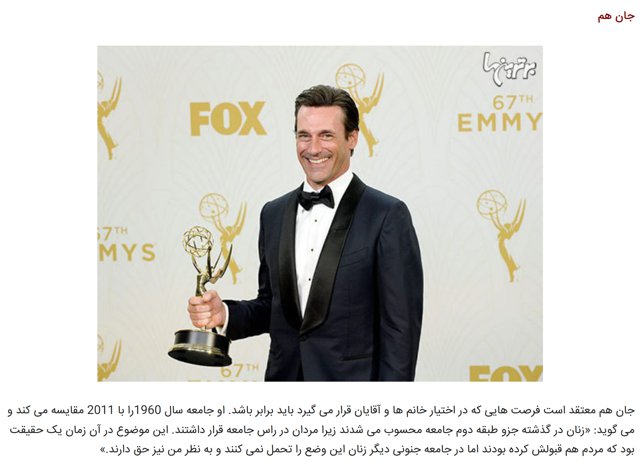