The success of the Whale of Amber 2 was predictable in the box, but few predicted that it would sell about twenty-one billion. The film was considered by the audience since the very first day of the show, so that in the first three days with a billion and 200 million tomans and attracting 112 thousand spectators the opening of the Iranian cinema broke. Freshly, Saman Moghaddam was protesting. 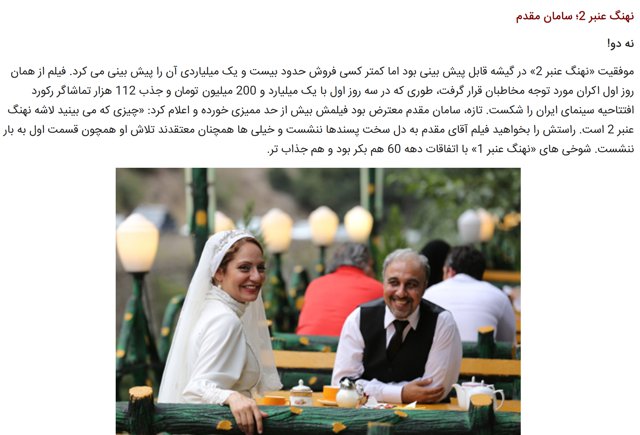