Parents in Nili, downtown Daykundi, named their twin children Vladimir Putin and Barack Hussain Obama, according to sources, saying their preference was after the two known world leaders’ personality and leadership characteristics.Gholam Ali Peyman, father of the twins, said four years ago they negotiated over the name without a full knowledge of his wife being pregnant with twins. 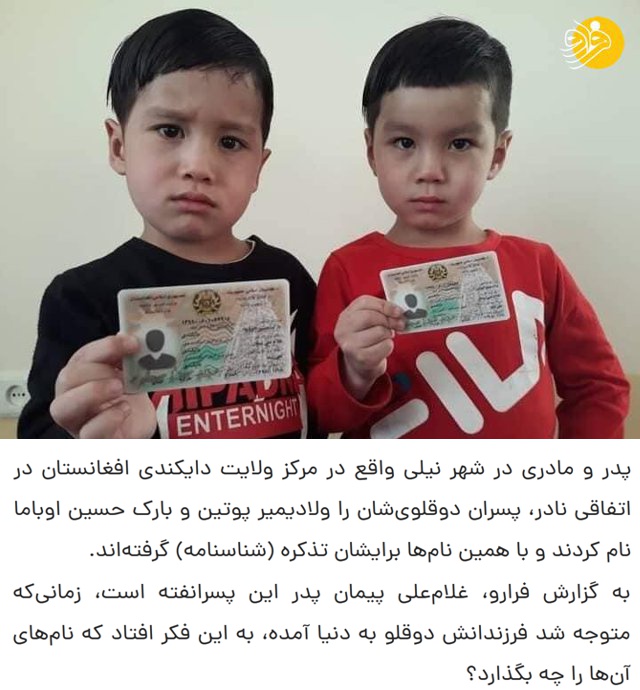