Khosro Shakibai was born on March 27, 1944 and died on July 18, 2008. Khosro was 64 years old at the time of death. He ranks amongst the most accomplished of actors of his generation. Khosrow Shakibai was born to Colonel Ahmad Shakibai and Ms Farideh Khatami. His father, who was an army Colonel, died from cancer when Khosrow (called Mahmoud by family and close friends) was only fourteen. 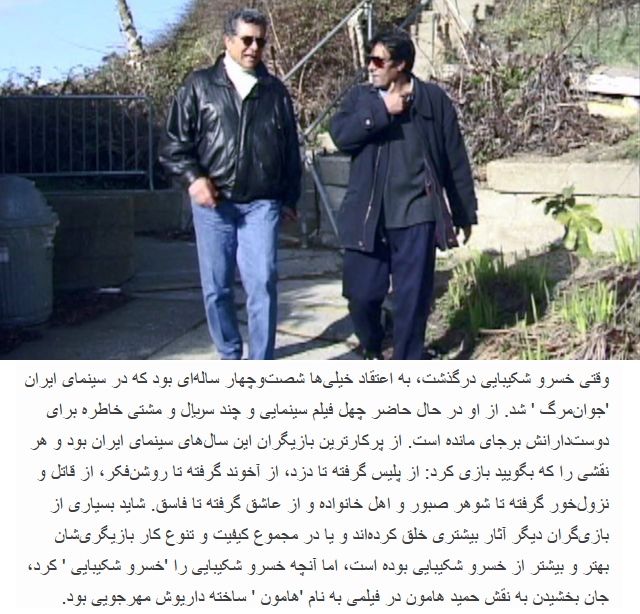