Each US dollar is worth 7,000 427 Leon Sierra Leone. The constant change in the value of the national currency in Sierra Leone is a permanent problem in the country. In 2016, the president called on his people to maintain the historical value of his money, instead of using the US dollar to use Leon Sierra Leone. In April 2017, the currency recorded a record 7,537 Leones against a dollar. 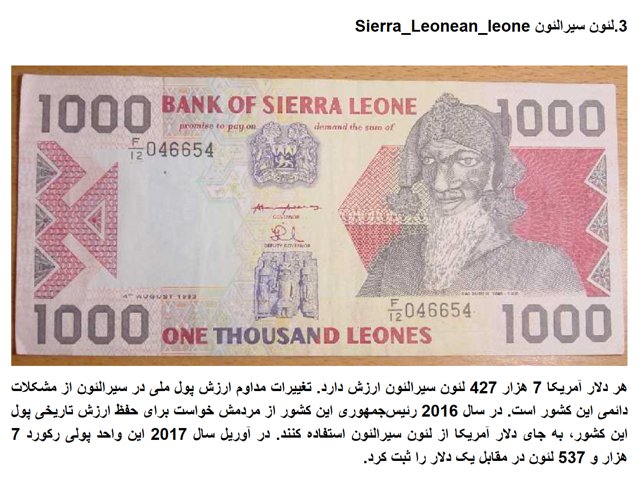