Armita Abbasi is a 20 year old girl who participated in recent demonstrations for freedom. On October 18 she was taken to Karaj Hospital by the security agents. When her family was contacted, they told the hospital their daughter had been 8 days earlier by Police. A person from the medical staff of the hospital, who did not want their name to be revealed, informed reporters that in the initial examination of Armita signs of repeated were observed by examining physicians. Agents ordered hospital staff to record as having occurred before her which they claimed to have been that same day. 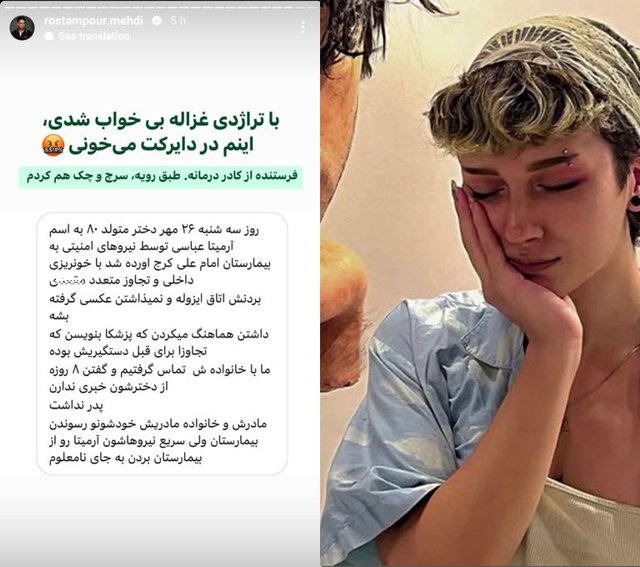