Who is Alireza Fazeli Monfared

Alireza Fazeli Monfared, a 20 year old youth, was murdered by his brother and cousins due to his orientation. His murdered is believed to be due to an act of honour killing. According to reports, he was murdered three male members of his family opened a letter from the country’s conscription service which stated that he had been exempted from the two-year compulsory military service because of “moral depravities such as transsexualism”. 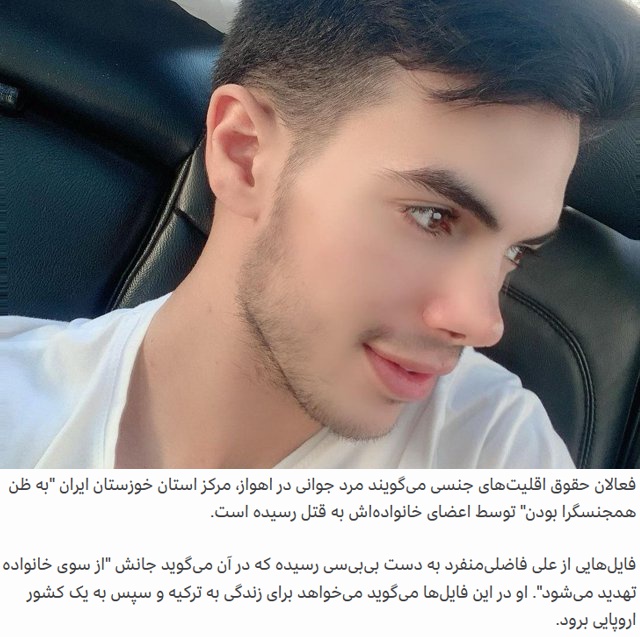