The Baatara gorge waterfall is a waterfall in the Tannourine, Lebanon.

The waterfall drops 255 metres into the Baatara Pothole, a cave of Jurassic limestone located on the Lebanon Mountain Trail. Discovered in 1952 by French bio-speleologist Henri Coiffait, the waterfall and accompanying sinkhole were fully mapped in the 1980s by the Spéléo club du Liban. The cave is also known as the “Cave of the Three Bridges.” Traveling from Laklouk to Tannourine one passes the village of Balaa, and the “Three Bridges Chasm” is a five-minute journey into the valley below where one sees three natural bridges, rising one above the other and overhanging a chasm descending into Mount Lebanon. 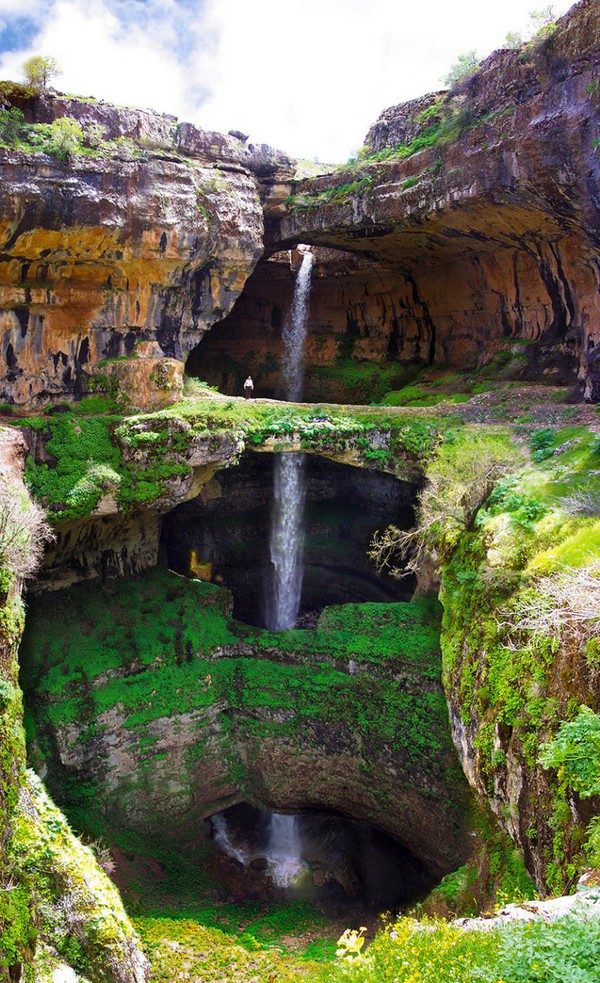 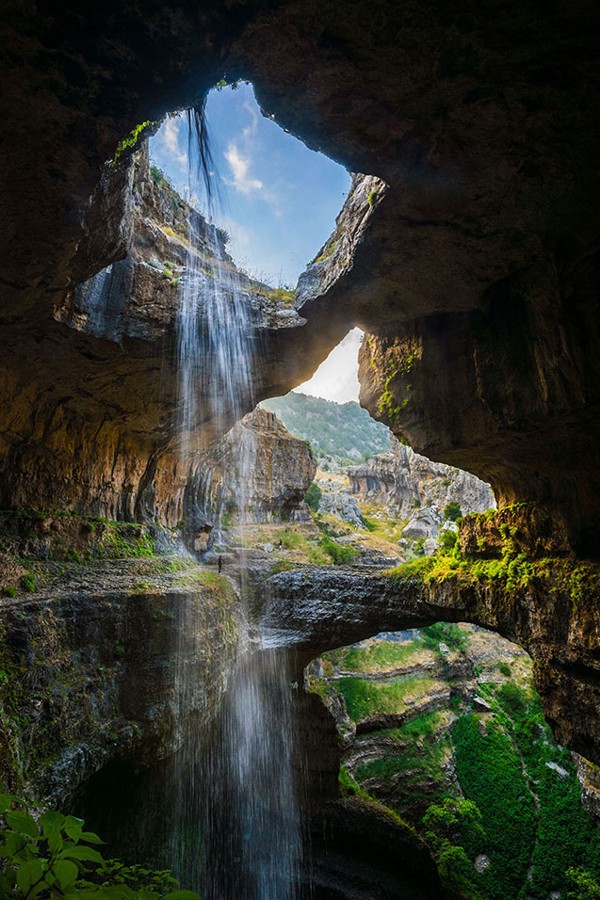