Conservationist Reunited With Gorillas He Raised after 15 years

In the animal kingdom, gorillas stand out as being most similar to humans. Their DNA can be up to a 99% match to ours, and their behavior is incredibly advanced. Some gorillas have even learned American Sign Language and been able to communicate with the humans around them. Fifteen years ago, David Aspinall and his daughter Tansy adopted two infant gorillas from Gabon, West Africa. The gorillas had been abandoned and most likely would have died without the Aspinalls’ help. It had been twelve years since the gorillas were released back into the wild when David and Tansy went searching for them. To their surprise, they were greeted with a heartwarming welcome that once again proves the intelligence of these incredible animals. See the reunion video above, also below you will see a picture from 15 years ago: 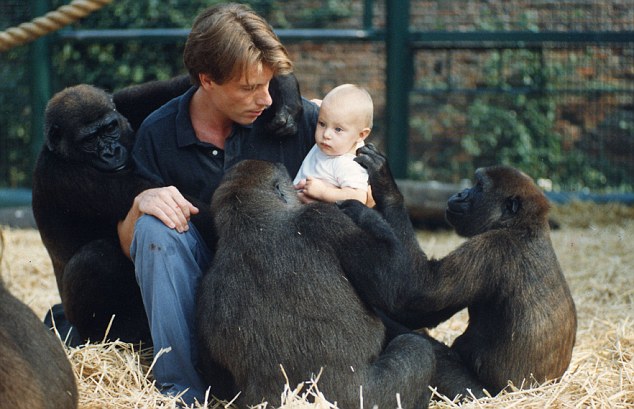