A couple plunged to their deaths this past Saturday while attempting to take a selfie on a cliff in Portugal.

HoffPo reports, touring the ocean views around Cabo de Roca, a married couple, accompanied by their two young children, posed for a photo along the cliffside in a dangerous spot past a protective barrier.

According to local news reports, witnesses said the Polish couple fell while trying to take a selfie.  The children, aged 5 and 6, reportedly witnessed the fall.  Local authorities recovered two bodies from the bottom of the cliff on Sunday. They are estimated to have plunged about 260 feet into the ravine below. The two children were taken into custody by Polish officials shortly after the incident. They are currently receiving psychological care and are expected to be reunited with family members who are en route to Portugal. 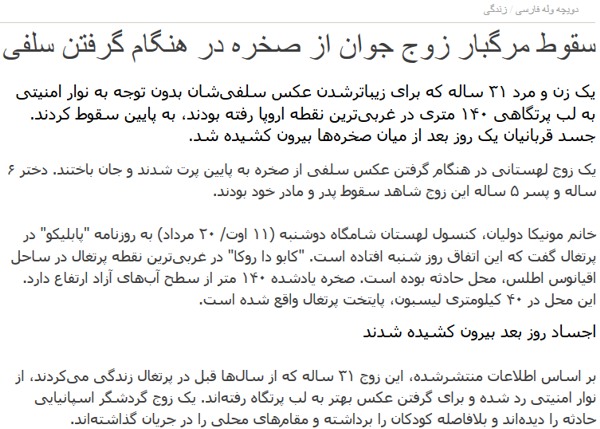