PressTV – Variety of DNA regions in people’s genomes may be responsible for the extra growth, the largest ever study has suggested.

Researchers have found that many thousands of genes and other regions of DNA could play role in height differences.

Scientists from 300 institutions examined the DNA of more than 250,000 people across Europe, according to the findings report published in Nature Genetics.They explored 400 genome regions that could contribute to an individual’s height and explain how tall a person would eventually become. The study reveals that 80 percent of the difference in height between individuals is determined by genetic factors. “It is common knowledge that people born to tall parents are more likely to be tall themselves,” said the senior researcher of the study Prof Tim Frayling of the University of Exeter Medical School. “But I am surprised how complex the picture is. We have now identified nearly 700 genetic variants that are involved in determining height,” he explained. The study researchers also believe that the recent findings may benefit other scientific curiosity that could have real impact in the treatment of diseases influenced by height, such as osteoporosis or cancer. 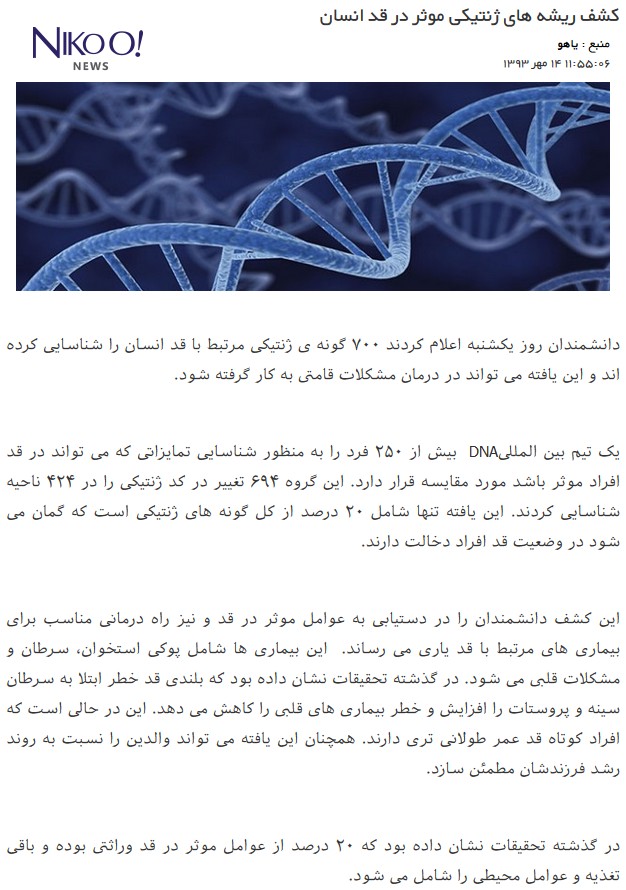