A dog owner was left baffled when her pet golden retriever gave birth to a GREEN puppy. Three-year-old family pet Rio had a litter of nine puppies last week, but when one came out mint green Louise Sutherland was gobsmacked. The extremely rare occurrence, which is thought to have happened only three times before in the world, is caused by a bile pigment called biliverdin that is found in the placenta of dogs. Photo by REX/Shutterstock 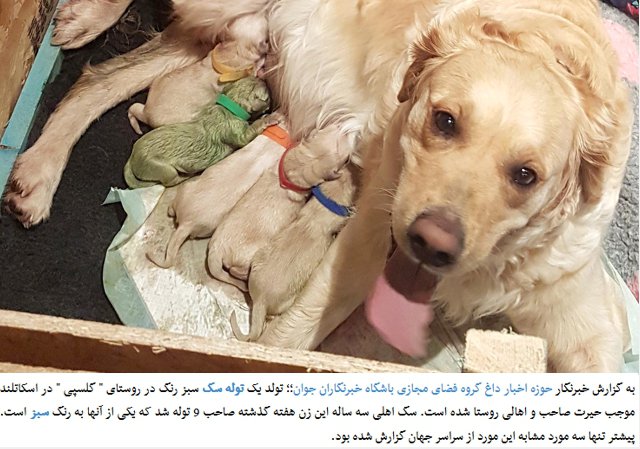