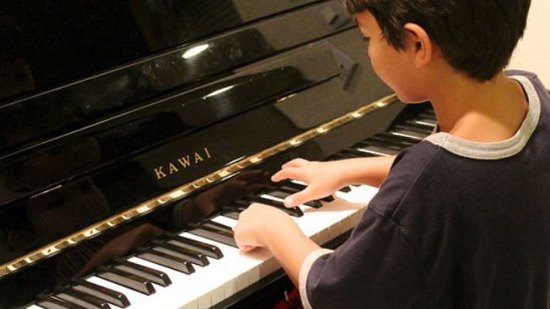 A new research has demonstrated that learning to play a musical instrument or singing can lead to improved reading and foreign language skills.

US researchers suggested that neural connections made during musical training can promote the brain for other aspects of human communication.

Hundreds of children at high schools in Chicago and Los Angeles were involved in the study.

After a year of music lessons, the researchers found that those musically trained children at nine and 10 year olds got better reading scores and also with better ability at processing sounds and language.

“We are finding that musical training can alter the nervous system to create a better learner,” said study leader Dr Nina Kraus at Northwestern University.

The recent study unraveled that regular group music lessons for five or more hours a week “prevented any decline in reading skills, which would normally be expected in poorer areas.”

Music training also plays a key role in the development of a foreign language in its grammar, colloquialisms and vocabulary.

Children who are musically trained are better at observing pitch changes in speech and have a better vocabulary and reading ability than children who did not receive music training, study says.

An earlier study indicated that learning music lessons in childhood even could provide brain benefits later in life, as it boosts brain response to speech sounds.

The study demonstrated that “musical training before age 7 is linked with more white matter in the corpus callosum part of the brain, as well as better performance on visual sensorimotor synchronization tasks compared with people who started music training after age 7.”

Musicians trained to hear sounds embedded in networks of melodies and harmonies are primed to understand speech in a noisy background.

Music learning remodels the brain to improve the connections between sounds and meaning, the process by which babies learn to speak, researchers clarified.