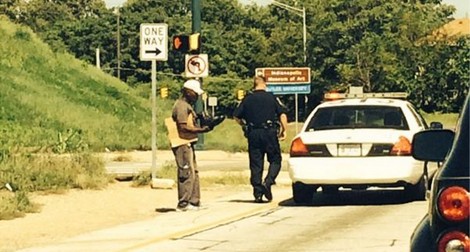 RTV6 – A tweet from Indiana Pacers player Roy Hibbert put an Indianapolis officer in the spotlight Monday. Hibbert posted a picture of an Indianapolis Metropolitan Police Department officer who got out of his car to give a homeless man a pair of boots near the 30th Street exit ramp off of Interstate 65.

Once the image hit Facebook and Twitter, it was liked and shared by thousands of people. The homeless man, Frank, told the local TV station he has been homeless since 2011. He said when he first saw the officer, he thought the officer was coming to give him a ticket. Instead, the officer gave him a pair of shiny black boots. 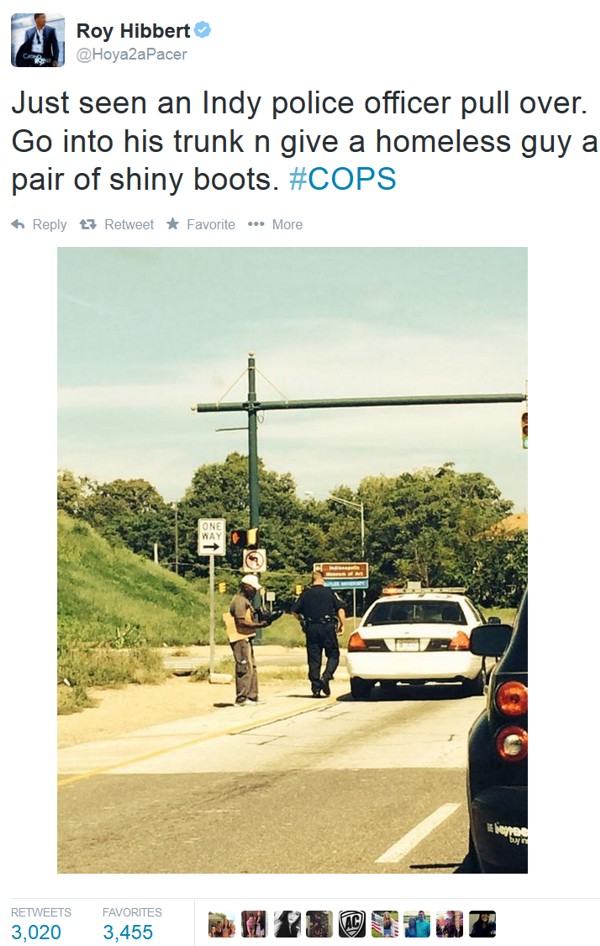