On Sunday, a fight between two passengers over personal space, a thrown cup of water and the use of a controversial plastic gadget that prevents airline seats from reclining caused United Airlines Flight 1462 from Newark, N.J., to Denver to divert to Chicago’s O’Hare International Airport. Witnesses said the flight attendant told the man seated behind her to remove the Knee Defender device, but he declined. The female passenger then threw water in his face. Amusingly the argument occurred in the Economy Plus section, which provides United passengers up to 5 inches of extra legroom compared with standard coach seats. 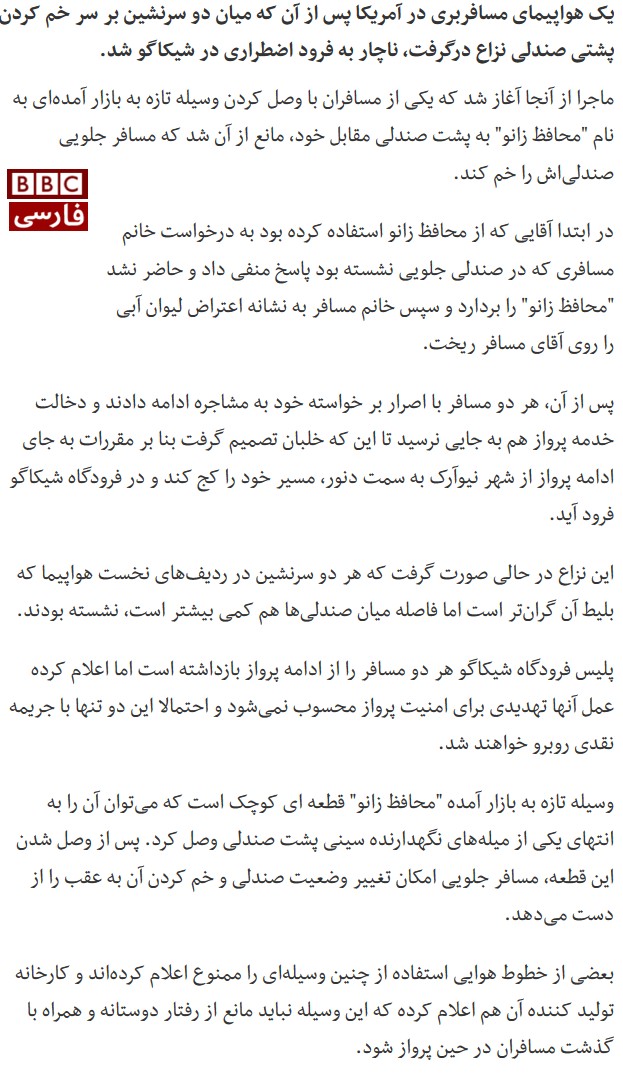