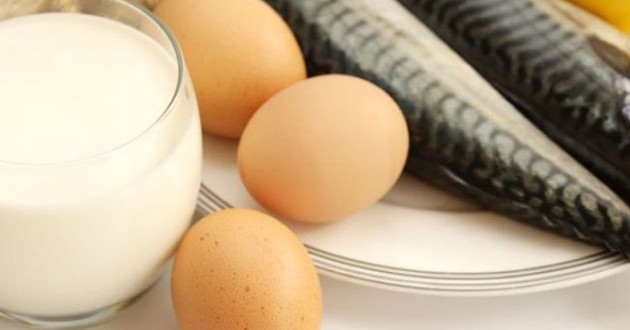 New study has unveiled that older people with low vitamin D are threatened with higher risk of developing dementia.

An international team of researchers, led by Dr David Llewellyn at the University of Exeter Medical School in UK, has monitored people for six years.

Observing nearly 1650 people aged over 65 unraveled the existence of association between level of vitamin D and risk of developing dementia in elderly people.

All participants at the early phase of the study were not involved in dementia, cardiovascular disease and stroke.

Results of the study showed that people with good levels of vitamin D (1169 persons) had a one in 10 chance of developing dementia, while seventy persons of the group who had been reported with severe vitamin D deficiency were threatened by higher risk of dementia (around a one in five risk of the disease.)

“We expected to find an association between low vitamin D levels and the risk of dementia and Alzheimer’s disease, but the results were surprising. We actually found that the association was twice as strong as we anticipated,” Dr Llewellyn said.

“We are still unclear how the two might be linked and there is even a possibility another unknown factor could cause someone to have both dementia and low vitamin D levels.”

The researchers believe that further study is required to establish if vitamin D rich foods diet taking vitamin D supplements  could “delay or even prevent” the onset of Alzheimer’s disease and dementia.

An earlier study conducted by the researchers at the Oregon Health and Sciences University in the United States had demonstrated that higher vitamin D levels could be associated with lower symptom severity, better cognition, and less depression in patients with Parkinson’s disease.

Vitamin D’s role in health has been a subject of considerable scrutiny in recent years. Low levels increase the risk of type 2 diabetes mellitus, multiple sclerosis, hypertension, cancer, and infections.

In some countries such as the UK, vitamin D supplements are recommended for groups at higher risk of deficiency, including all pregnant and breastfeeding women, children under five years old, people aged over 65, and people at risk of not getting enough exposure to sunlight.

People with dark skin, such as people of African-Caribbean and South Asian origin, and people who wear full-body coverings, as well as pale-skinned people are also known to be at higher risk.

Many experts believe that enough vitamin D can be supplied by being exposed to the sun for 10 to 15 minutes a day. It is also found in certain foods like oily fish, cheese, eggs and breakfast cereals.