Standing against the tank (1989 student protests in China)

Tank Man (also known as the Unknown Protester or Unknown Rebel) is the nickname of an unidentified man who stood in front of a column of tanks on June 5, 1989, the morning after the Chinese military had suppressed the Tiananmen Square protests of 1989 by force. As the lead tank maneuvered to pass by the man, he repeatedly shifted his position in order to obstruct the tank’s attempted path around him. 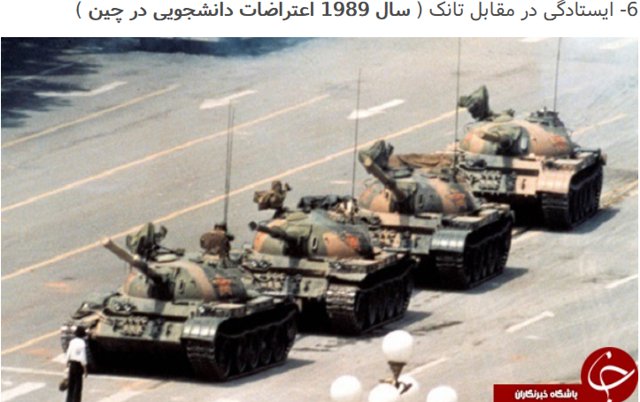