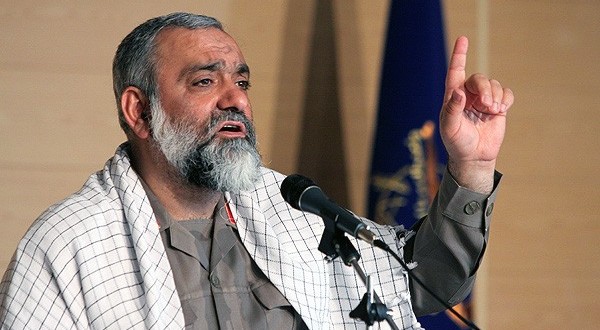 Commander of Iranian Basij Force Gen. Mohammad Reza Naqdi said today in Tehran that the White House is the “headquarters of ISIL.” Naqdi added that the U.S. has created ISIL in a plot to sow discord in the Islamic world. “The first objective of the Unite States in creating this criminal current (ISIL) is to portray a distorted image of Islam and this has been achieved through the perpetration of inhumane and savage crimes and their publication by the world media,” Naqdi said, referring to recent beheadings of American and British citizens by ISIL. “The second objective is to create rift, animosity and war between the Shia and Sunni,” Naqdi added.  (Press TV, 14 September) Naqdi’s remarks is the clearest sign that the conspiracy theory regarding ISIL is being publicly elevated to an official line of the Islamic Republic. 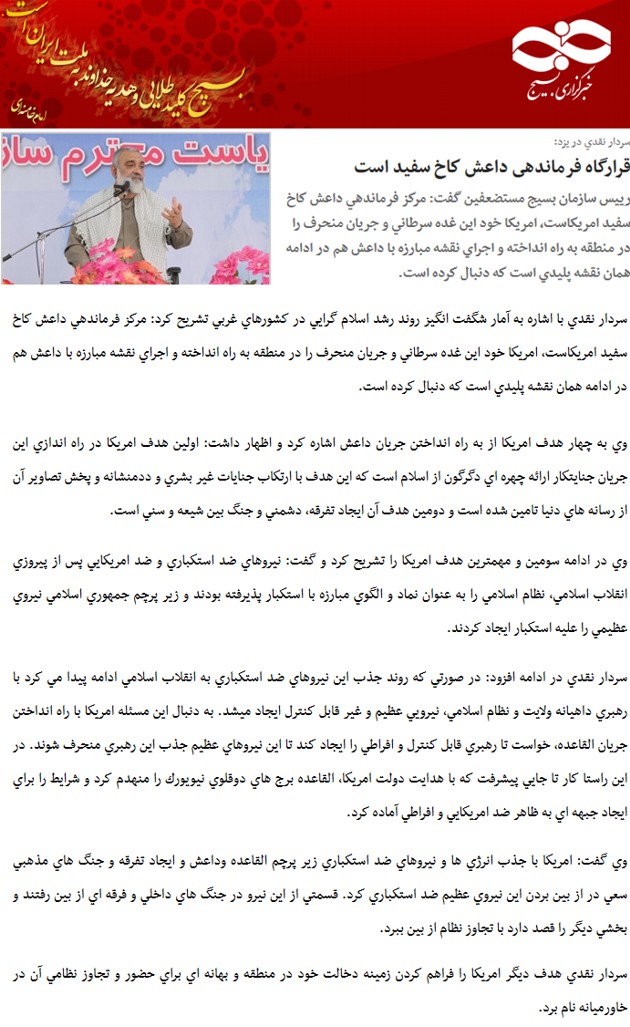