From Paris, With Love!

After the terror attacks in Paris Friday, U.S. and French aircraft have stepped up their air campaign against ISIS in Syria. Social media has been sharing photos of missiles scrawled with the words “from Paris with love” that were being fired at ISIS strongholds.  These are air-to-surface Hellfire missiles used by both fighter jets and drone aircraft, it is believed that American crews wrote the phrases just before the planes flew their mission towards targets in Syria. 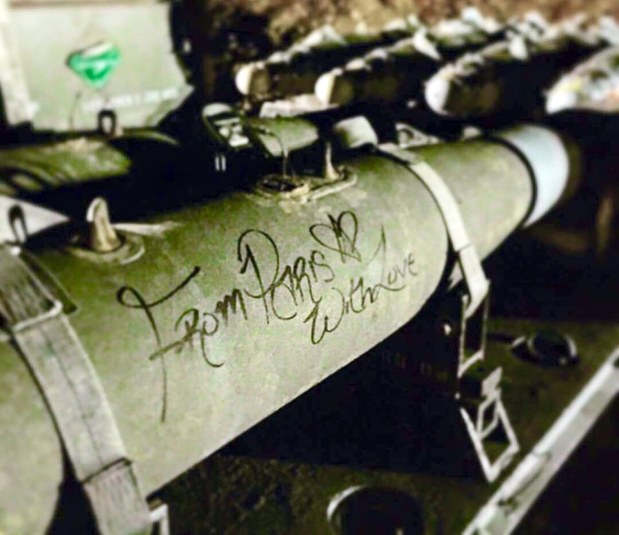 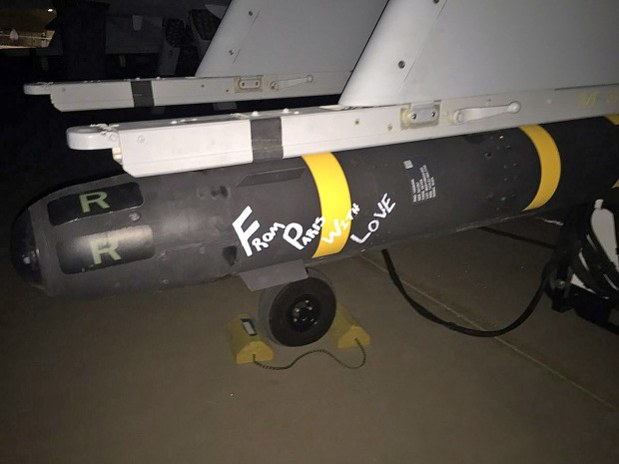 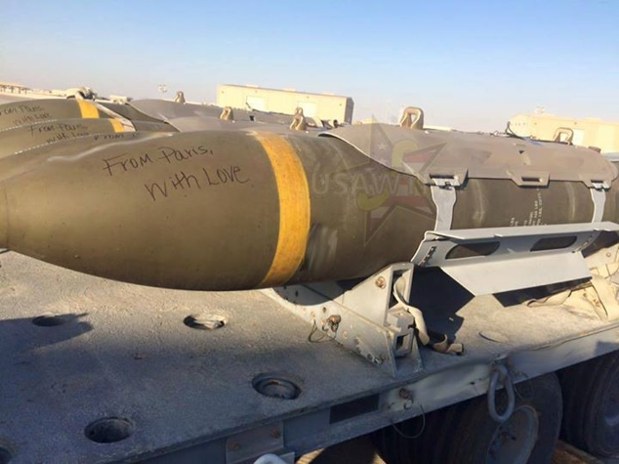