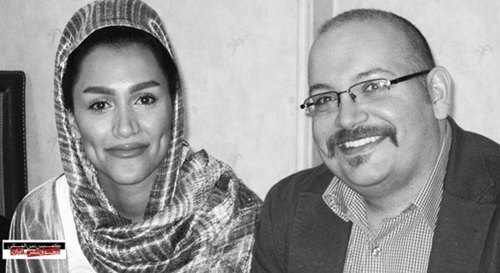 After two weeks of silence by Iranian officials on the reason for the detention of husband-and-wife journalists Jason Rezaian and Yegabeh Salehi and their whereabouts, media with ties to security and intelligence organs believed to be holding them have begun leveling baseless charges of spying against them, revealing the intentions of interrogators to fabricate a case in order to justify their actions.

The International Campaign for Human Rights in Iran condemns the baseless accusations leveled against Rezaian and Salehi who are held in an unknown location and have no access to an attorney or to their families. The Campaign calls on the Iranian Judiciary to immediately release Rezaian and Salehi.

On August 6, 2014, Marzieh Afkham, the Foreign Ministry spokeswoman claimed, “We have no official information regarding the charges against them.” On August 4, Gholamhossein Mohseni Ejei, the Spokesperson for the Iranian Judiciary, said that Rezaian’s case is in the “investigation phase” and gave no further information.

Yet Vatan-e Emrooz, a Tehran newspaper close to security and intelligence organizations, on August 5 published an article resembling an indictment against Rezaian on spying charges. The article claimed the existence of “evidence” and “documents” that explain the reasons for the arrest of the Washington Post reporter. While the article failed to provide any of its alleged “evidence,” it did not hesitate to issue a guilty judgment.

Also on August 5, a letter published in the Tasnim website close to the Revolutionary Guards, repeated spying charges against Rezaian, issued a guilty verdict, and called on the Judiciary to implement “the harshest possible sentence for American spies.” The letter was attributed to a group called “Basiji Legal Experts.”

The publication of details of trumped up charges against Rezaian demonstrates the lack of independence of the Judiciary and reveals an orchestrated assault on journalists in Iran. While the Iranian Judiciary continues its lack of accountability about the reasons for the arrest, the intelligence agents who detained Rezaian and Salehi are issuing their own indictments, acting as the judge and prosecutor as well.

The article published on Vatan-e Emrooz’s front page, entitled “To Whose Tune Did Jason Dance?” portrays a scenario that is most likely at the center of the interrogations of Rezaian. The article calls Rezaian the “official liaison for the intelligence-security activities” of the National Iranian American Council (NIAC). There are several paragraphs in the article brimming with various outlandish accusations, and in the end it connects Rezaian’s arrest with the production of the “Happy in Tehran” video clip.

“Jason Rezaian and his team were arrested for his managing and directing the questionable ‘Happy’ video clip in Iran. Rezaian was the first individual who put this video on international display even before it was widely distributed in Iran and seen by people in Tehran,” the article alleged.

In fact, despite the Iranian judicial officials’ claim that Rezaian’s case is in its “initial investigation phase,” and that during the investigation phase no one, including the lawyers representing the detainees have access to the case contents, Vatan-e Emrooz newspaper, well-known for its close ties to intelligence organizations, has revealed the reason for Jason Rezaian’s arrest.

Attributing the directing of the “Happy” video to Rezaian follows the international outcry about the arrests of the video’s principle creators last May, leading to the release of the cast after a few days. Many reporters inside and outside Iran covered the story. The “Happy” video was based on the popular musician Pharrell Williams’ song and went viral in a short period of time. The video’s director spent several weeks in prison and was eventually released.

The article’s author concludes by calling for Rezaian’s deportation from Iran. “Publicizing the aspects of this team’s actions against the country’s security and [Rezaian’s] deportation from the country in the shortest possible time will end this propaganda show that aims to portray this pseudo reporter as a victim, a person who has clearly acted against a powerful country’s laws through taking advantage of several young people. This can be an appropriate action taken simultaneously with the professional support of our Foreign Ministry. Not getting involved in such a cheap affair is in itself the best way to overcome the enemy. Therefore, please deport Jason Rezaian with lots of noise and over international objections!”

On the same day that Vatan Emrooz published its front-page article, Tasnim News Agency, also affiliated with intelligence organizations, published a letter attributed to the “Basij Legal Experts” organization, which called on the Head of the Judiciary to carry out the “maximum punishment for American spies.”

Without regard for the fact that the two journalists’ case is in its initial investigation phase, and that revealing details of judicial cases in this stage is by itself a crime under Iranian law, the letter’s signatories have committed libel by accusing Rezaian of espionage.

“Instead of taking a position about the arrest of its citizens in Iran, the U.S. State Department must be accountable about the reasons for dispatching its spies to our country. These statements are made at a time when several credible documents and evidence [proving] these individuals’ espionage is available,” the letter claims.

Iranian journalists and reporters working for international media in Iran have often been arrested and accused of being “American spies.” Journalists such as Roxana Saberi and Maziar Bahari, and researchers such as Haleh Esfandiari and Ramin Jahanbegloo have faced similar accusations, but after spending months in prison and despite baseless accusations of espionage by the intelligence organizations, they were released and left the country.

The common thread among all these cases is the “leaking” of details of interrogations by intelligence organizations to the media they control, well before judicial officials make any public statements. Intelligence organizations use this tactic to exert pressure on the Judiciary for issuing heavy sentences. Nonetheless, the interrogators and intelligence agents involved have failed to prove the spying charges they have leveled against all these individuals.

Arrests of Jason Rezaian and Yeganeh Salehi takes place against the backdrop of increased pressure on Iranian journalists. The arrest of Saba Azarpeik and the imprisonment of journalists such as Reyhaneh Tatabaee, Marzieh Rasouli and Sajedeh Arabsorkhi, indicate the mounting assault on freedom of the press.

Under such circumstances, the silence of Hassan Rouhani’s government is enabling the intelligence organizations and a passive Judiciary to continue these actions with impunity.