Hassani was mostly know about is off the cuff comments on anything from, comparing our societies with others in the west,… analyzing religious passages, … being very open about how democracy has been bad for the current regime,… comparing women to a but!,… and many conspiracy theories too long to count here. He was born July 21, 1927. He had been described as one of the most, if not the most, conservative voices in country in the 1980’s. 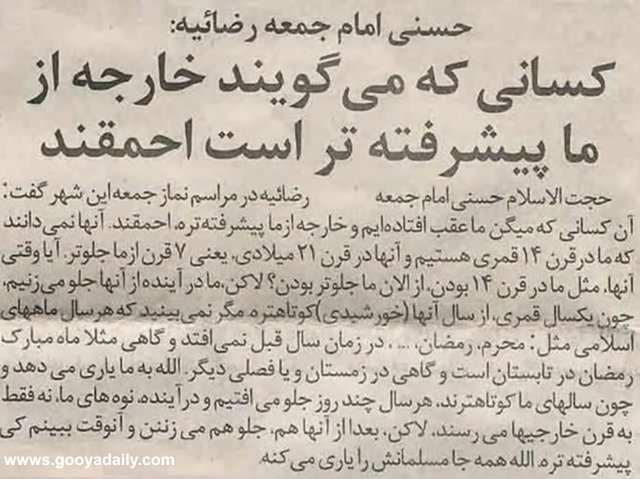