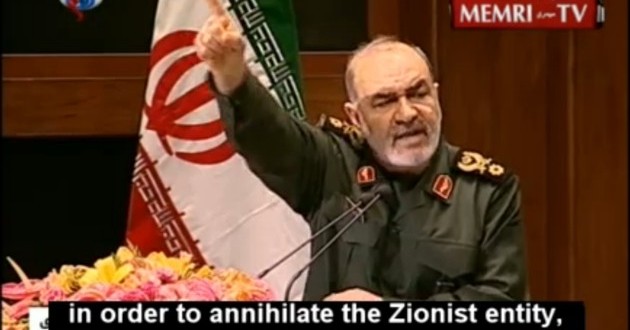 Fars News reported that Senior Generals in Tehran said on Tuesday that Iran will not give a diplomatic response to the violation of its airspace by an Israeli spy drone which was shot downed near Natanz nuclear site a few days ago, and warned that Tel Aviv should wait for Iran’s retaliatory moves in battlefield.

“Our response to this aggression will not be diplomatic, we will retaliate in the battlefield, but will not necessarily announce it. The enemy will see and understand it,” Lieutenant Commander of the Islamic Revolution Guards Corps (IRGC) Brigadier General Hossein Salami said, addressing a ceremony to commemorate martyred Basij (volunteer) forces in Tehran on Tuesday.

The threat of a surprise attack against Israel for its apparent attempts to send a spy drone into Tehran came just a day after Iranian government officials threatened to sue Israel in the International Criminal Court. Iranian military leaders announced over the weekend that they had used a surface-to-air missile to shoot down a drone that it claimed was an Israeli-made Hermes 450 unmanned plane.