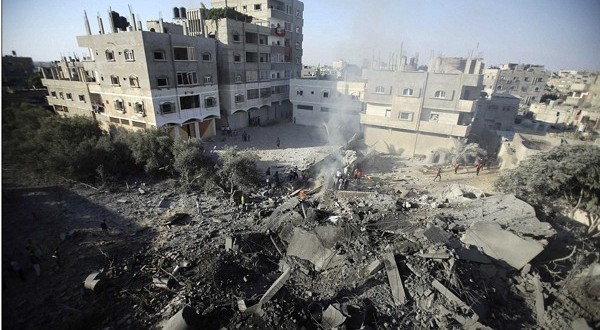 AN Israeli air strike on Gaza City has killed the wife and infant daughter of the elusive Hamas military chief Mohammed Deif, the Islamist group has claimed. Deif has been in hiding for years, surviving numerous Israeli assassination attempts.

He last emerged in July urging militants not to give in, in an address on Al-Aqsa TV, the satellite station of Hamas. The death of his wife and two-year old daughter came hours after Israel and Hamas resumed fire across the Gaza border. Both sides blamed each other for the break down of a 24-hour truce, which collapsed on Tuesday afternoon after Israel said rockets were fired from Gaza. 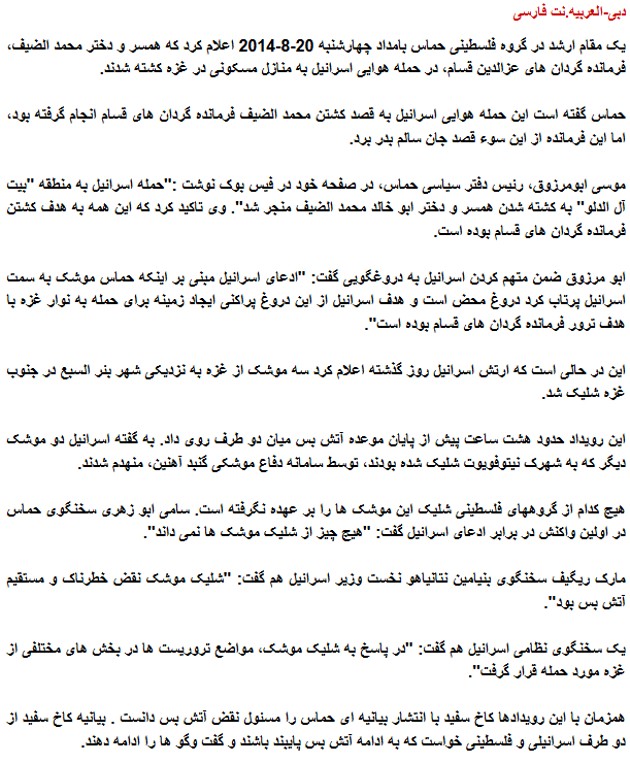