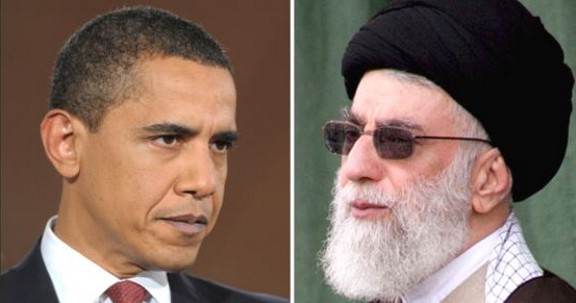 US President Barack Obama has secretly written a letter to Iran’s Supreme Leader Ayatollah Ali Khamenei urging progress on nuclear talks and stressing common interest in fighting the Islamic State of Iraq and the Levant (ISIL), the Wall Street Journal says. Obama sent the letter to Khamenei in mid-October, according to the report published on Thursday citing unnamed White House officials.

“Mr Obama stressed to Mr Khamenei that any cooperation on [ISIL] was largely contingent on Iran reaching a comprehensive agreement with global powers on the future of Tehran’s nuclear programme by a November 24 diplomatic deadline,” the report said. It also noted that it was at least the fourth time Obama had written to Khamenei since taking office in 2009. Republican Senators John McCain of Arizona and Lindsey Graham of South Carolina issued a joint statement Thursday night saying it was “outrageous that, while the cries of moderate Syrian forces for greater U.S. assistance fall on deaf ears in the White House, President Obama is apparently urging Ayatollah Khamenei to join the fight against ISIS. 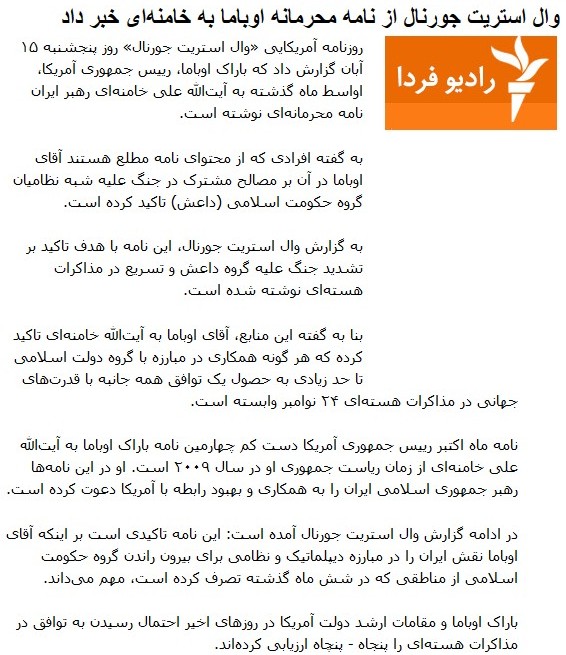