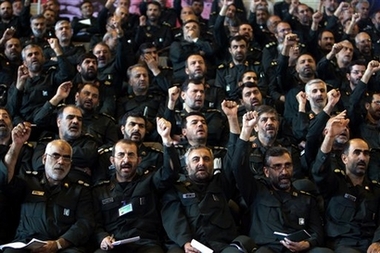 Iranian President Hassan Rouhani will hike military spending by more than a third in the next fiscal year despite presenting a “cautious, tight” budget to parliament on Sunday in response to falling oil prices and punishing sanctions arising from the country’s disputed nuclear program.

Iranian President Hassan Rouhani submitted to the parliament the proposed budget bill for coming Iranian calendar year (starting on March 21, 2015) in which the total defense budget has increased by 32.5 percent.

The overall draft budget ceiling is estimated at over 293 billion dollars.

The proposed budget bill will be subject to parliamentary debates and amendments.

The allocation of more financial resources to the national defense budget is aimed at reinforcing the country’s defense capabilities.

COMMENTARY: On the face of it this announcement would be considered surprising, given a reduced projected revenue based on falling crude oil pricing. There are at least a couple of takeaways from this proposed defense budget increase:

1) The proposal may be a means of political posturing for the Rouhani administration, in seeking to present itself as being tough on defense, while…

2) Positioning its nuclear negotiations as a means of reducing sanctions and– importantly– being able to live up to a proposed increase in defense spending.

Currently, Iran is faced with increasing security threats in the region and at its borders, manifested by advances made by ISIL and al-Qaida linked groups. Increases in defense spending can be seen as a response to such. And naturally Iran’s military leadership would be pleased to receive a greater expenditure from the national treasury.

Unclear if the Iranian means of defense budgeting mirrors the American example, in not including direct costs of foreign wars, certain types of strategic weapons research or certain examples of foreign military-related assistance.