The color festival in Erbil took on a political feel

The color festival in Erbil, the capital of the Iraqi Kurdistan Region, took its colorful smell this year. Given that Massoud Barzani, head of the Kurdistan Region of Iraqi Kurdistan, announced the third of Mehr on the day of the referendum on climate change from Iraq, the participants at the festival, which was held on Saturday, September 25, in Sami Abdul Rahman Park, while holding the flags of Kurdistan, chanted slogans calling for independence gave. 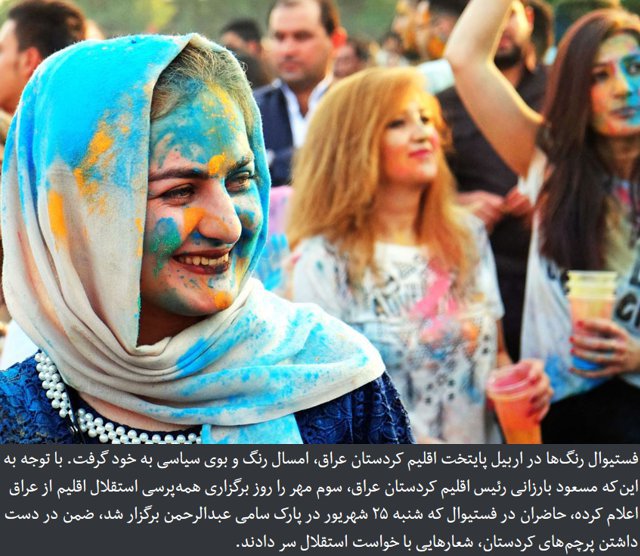