Iran’s FM arrived in Ankara on Thursday and attend the inauguration ceremony of Turkish president-elect Erdogan. Mohammad Javad Zarif was received by Turkish officials at the airport. Erdogan won the country’s first direct ballot on Aug 10. BBC reported that Mr Erdogan, who served three terms as PM, has vowed to give more power to the previously ceremonial post.

Critics of Mr Erdogan say the move will make him more authoritarian. Opposition MPs walked out of the ceremony. Outgoing Foreign Minister Ahmet Davutoglu is set to be PM after being elected head of the governing AK Party. Mr Erdogan promised in his presidential oath to protect Turkey’s independence and integrity, to honour the constitution and adhere to the principles of the founder of modern Turkey, Mustafa Kemal Ataturk. 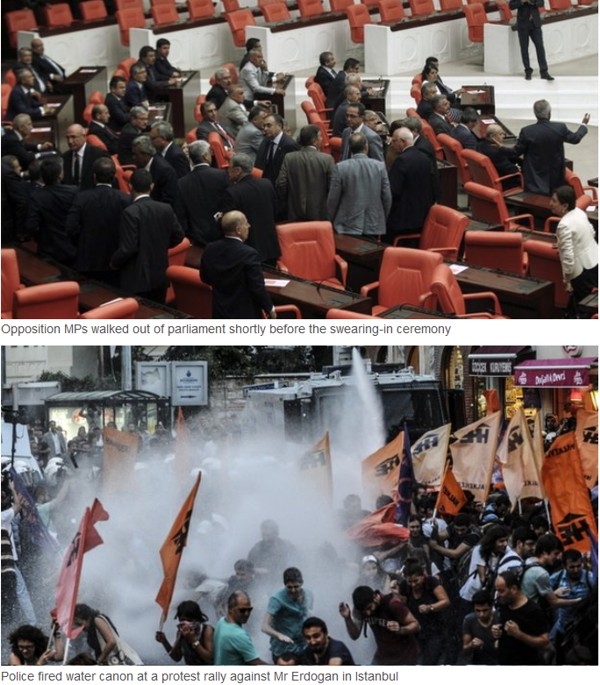