The Real superstar donned a fat suit and fake moustache, beard and wig, before doing kick-ups with local children in the Spanish capital. Ronaldo pulled off this stunt at the busy Plaza de Callao in downtown Madrid, so the general public quickly swarmed around the world’s best player as soon as he revealed himself. And perhaps nothing spelled out surprise for the young boy like Ronaldo emerging from underneath the disguise of a homeless man’s attire right before his eyes. 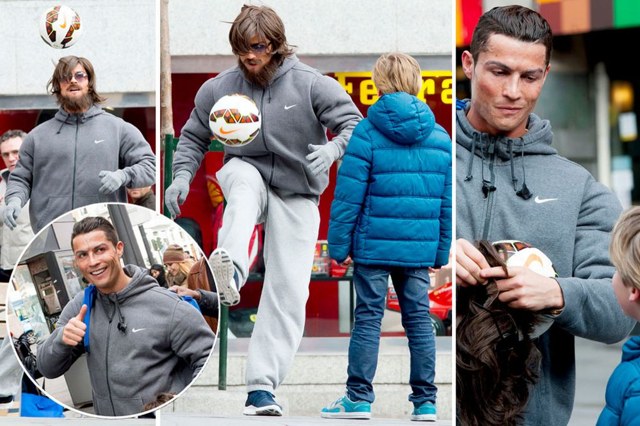