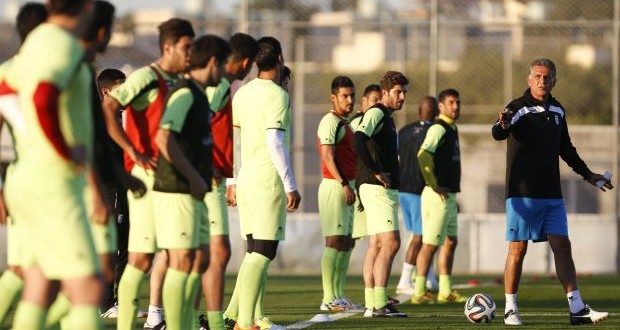 Iran to hold training camps in Portugal and South Africa

Iran national team will hold training camps in Portugal and South Africa in order to prepare for the 2015 AFC Asian Cup in Australia. Carlos Queiroz’s men will fly to Portugal on October 4th and will play a couple of friendly matches against some Portuguese clubs including Benfica and Estoril. Team Melli will then return to Iran to play a friendly against South Korea in Tehran on November 18th.
As the final preparing plan before the Asian Cup, Iran will hold a 10-day training camp in South Africa starts on December 14th. Iran’s Portuguese coach Carlos Quiroz who has extended his contract last month appointed Iranian legend Ali Karimi as his assistant. The 2015 AFC Asian Cup will be held in Australia from January 9 to 31, 2015.
Soccer 2014-09-29
admin
Share !