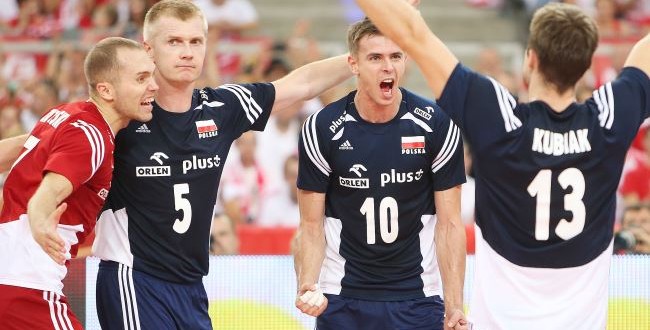 Iranian men’s national volleyball team has been defeated by host Poland in the second round of the 2014 FIVB Volleyball Men’s World Championship.

On Saturday, the Poles hit the Iranian squad 3-2 in a neck-to-neck Pool E match at Atlas Arena in the central city of Lódz, the third-largest in Poland. The Iranian volleyball team lost the first two sets 17-25 and 16-25 but came from behind to grab the next two sets 26–24 and 25–19 for the encounter to come to a draw. The polish volleyball team demonstrated a better performance in the fifth set and managed to win it 16-14.

Iran, which has 12 points, is currently in the fourth spot of Pool E below France (16 points), Poland (14 points), and the United States (13 points) and is followed by Serbia (9 points), Argentina (6 points), Italy (2 points) and Australia (zero point). The Iranian volleyballers will take on Serbia in their next match of the championship at Atlas Arena on Sunday. 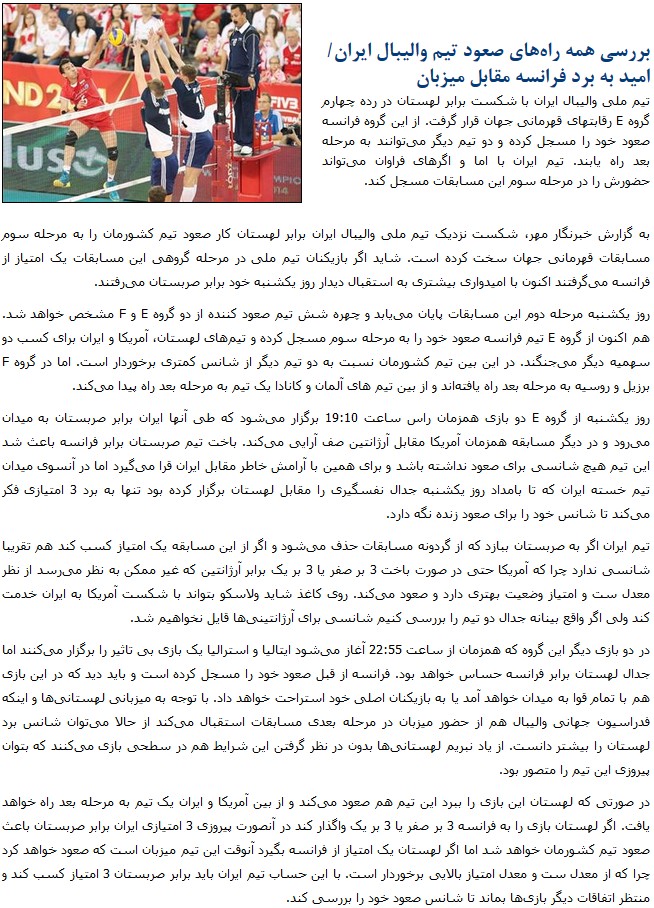