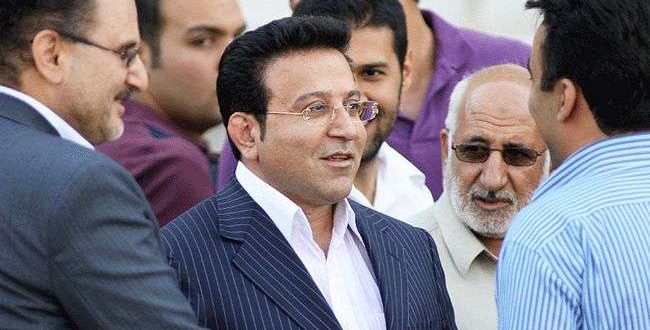 Middle East Football Matters: Iranian business tycoon Hossein Hedayati is lining up a takeover bid of Spanish top-flight club Getafe. Discussing the “ins and outs of his bid to buy” the Madrid-based club in an interview with Spanish daily Marca, 51-year-old Hedayati confirmed talks are already underway.Steel magnate Hedayati, who is reported to be worth $2.5 billion, has been involved with numerous clubs in his native Iran, most notably the country’s biggest club, Persepolis FC.

But he is now keen to expand his considerable portfolio with a bid for Getafe, who were the subject of a well-publicised takever attempt by Dubai-based Emirates Royal Group in 2011. Hedayati is hopeful of concluding a deal shortly after claiming an agreement is already in place with the club’s CEO Angel Torres.
But why Getafe, a club currently 14th in La Liga and without a major trophy in their history? “They’re one of four top-flight clubs in Madrid and are the third biggest of the four,” Hedayati told Marca. “They’re a mid-table side, which is a good thing, and they have a good academy and try to produce their own players, which is a plus.” Hedayati is already a owner of Steel Azin FC, who are named after his steel company and currently play in the second tier of Iranian football. But he’s determind to raise his profile and give something back to his country.
“I want to get into Spanish football because of my love of the game and the positive energy inside it. I also want to do something for my country and for the people of Madrid and Iran.”
He continued: “We want to nurture children, helping them grow while teaching them to play football. Just being in La Liga isn’t enough, though: I want to be successful.”
As for the timeline to a potential deal, Hedayati could yet join the likes of Sheikh Mansour (Manchester City) and the Al-Hasawi family (Nottingham Forest) as a Middle Eastern owner of a European club by the end of the year.
“I’ll be travelling to Spain alongside my advisors in November. We reached an agreement when the club’s CEO came to Iran and Mr Torres has signed it via email. We’ll talk face to face when I’m in Spain.”
Soccer 2014-10-18
admin
Share !