The multi-millionaire Real Madrid star Cristiano Ronaldo has given his agent Jorge Mendes a Greek island as a wedding present, media reports say. The island has not been named but the price tag could run into the millions, reports say. BBC reported that  Spain’s Mundo Deportivo website says Ronaldo knows the Greek islands well from holidays. Given that Mendes, the Portuguese ‘superagent’, is reportedly worth €100m, Ronaldo was clearly not going to get him a toaster or a new roasting dish. The morror UK wrote that a bit of research suggested a few different Greek islands are currently up for sale, with some available at the bargain price of €3m! 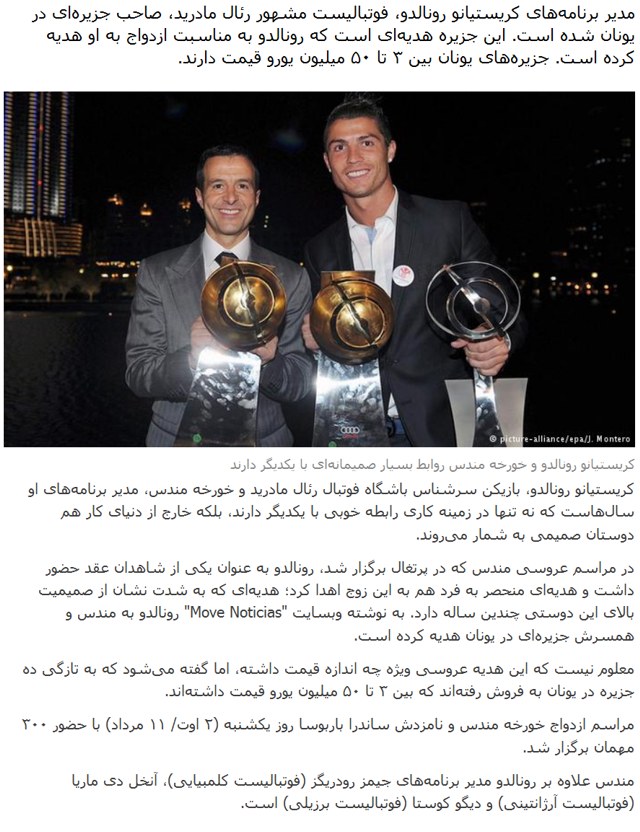 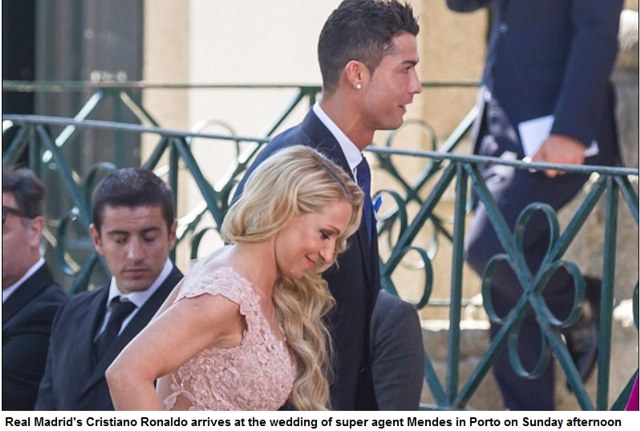