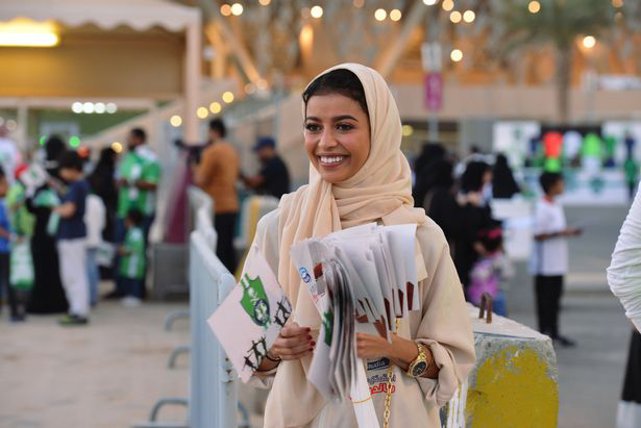 Saudi women have attended a football match in Saudi Arabia for the first time, as part of reforms spearheaded by the kingdom’s crown prince. Female football fans wearing scarves and waving flags took their seats at the King Abdullah Sports City stadium in Jeddah for Al-Ahli’s match against Al-Batin in the Saudi Pro League. However, the women had to enter through designated turnstiles for women and families.