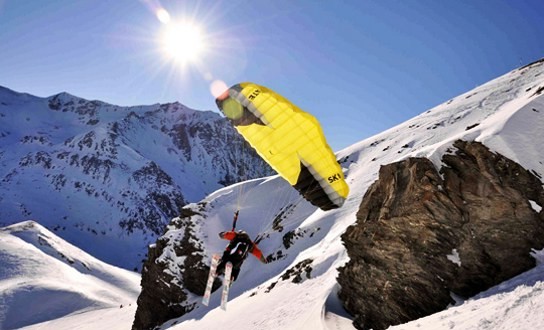 Speed Flying Down The Slopes

Speed flying (also known as speed riding) is the air sport of flying a small, fast fabric wing, usually in close proximity to a steep slope. Speed flying is a unique hybrid sport that has combined elements of paragliding, parachuting, and even skiing to create a new sport. Like paragliding, speed flying is done by launching from a slope with the wing overhead, already inflated by the incoming air. The main difference between speed flying and paragliding, is that speed flying is meant to create a fast, thrilling ride close to the slope, while the point of paragliding is usually to maintain a longer, gentler flight. The fast landing technique for Speed wings is similar to that used in parachuting.
2015-02-28
admin
Share !