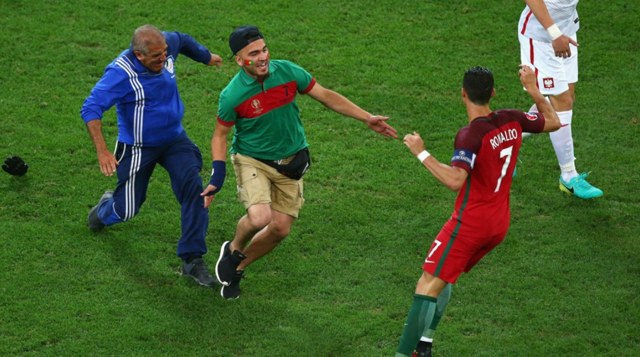 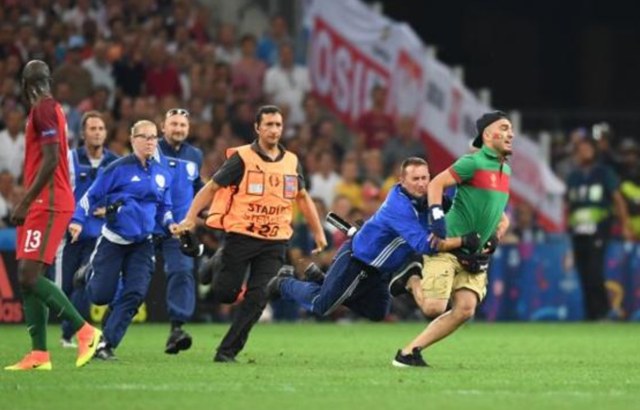 Shamshir Karimi, sent off the field by the stadium security, has been charged and also forbidden from returning to France for a month. The fan who invaded the Euro 2016 quarter-final clash between Poland and Portugal to try and hug Cristiano Ronaldo has been fined €500. Shamshir Karimi, 22, is an Iranian football player that plays for a Swiss club, he said he did this for the love of Ronaldo, and that he wanted to give him a hug!