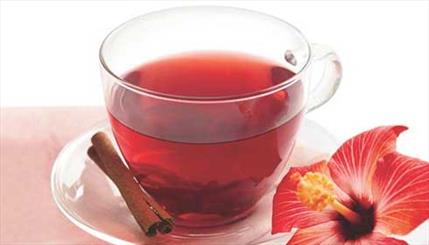 Mehr News – Iranian scientist developed a kind of organic sweet and sour tea which is the best choice for people with diabetes.

Mohammad Hossein Nekoovaght, sales manager for organic tea, said, “since our company is the first in producing organic tea in Iran and the Middle East, we decided to produce a type of organic tea which would not need to have any sweeteners added to it.”

He explained that organic tea is one which is produced without any chemical or toxic fertilizers and said, “we have used peat in the place of chemical fertilizer and ladybirds to eliminate pests and harmful insects in the tea bushes.”

“Organic products are three to four times more expensive than non-organic products,” he maintained, “but here the topic of prevention takes precedence over costs, since organic products prevent much harm to gastrointestinal tract.”

“Sweet and sour tea, which contains lemon, stevia and premium organic tea, will be available in the market in the next 20 days,” he said.

“Stevia is a sweetener and sugar substitute which was first discovered in Brazil,” he continued, “its leaves are similar to tea leaves and its sweetness is 60 to 300 times more than the sweetness of sugar.”

He noted that stevia has zero glucose and said, “considering millions of people with diabetes in Iran, they can consume this sweet and sour tea which contains stevia as a sugar substitute.”

“Cultivating stevia in Iran has been successful and soon its use as a suitable sugar substitute will increase among Iranians,” he asserted.