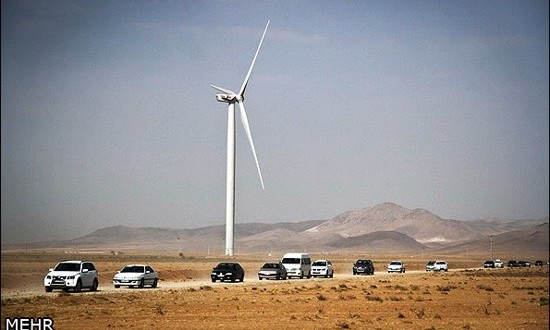 Tehran Times – The first phase of Iran’s largest wind farm came on stream on Monday in the town of Takestan, which is located in the northwestern province of Qazvin. The wind farm has a power generation capacity of 20 megawatts (MW) in the first phase, which was put into operation at a cost of 30 million Euro, the IRNA news agency reported.

The Iran Power Plant Projects Management Company (MAPNA) has been tasked with constructing the wind farm, which is projected to have a power generation capacity of 100 megawatts when completed.

The wind farm is scheduled to be completed in two years, at a cost of 150 million Euros. In November 2013, Iranian Deputy Energy Minister Houshang Falahatian said Iran plans to widely expand its use of renewable energy. 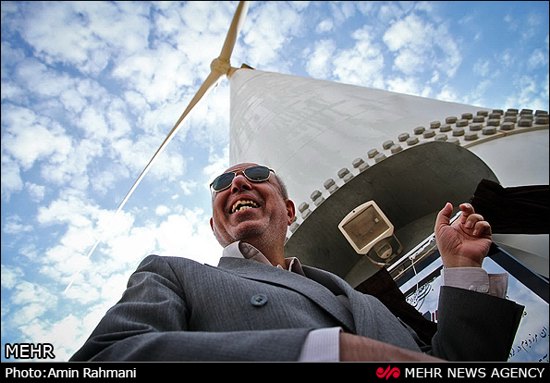 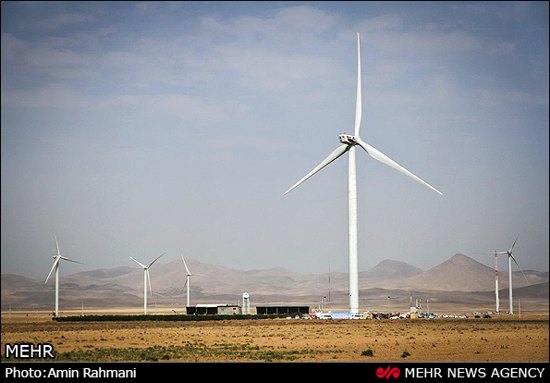 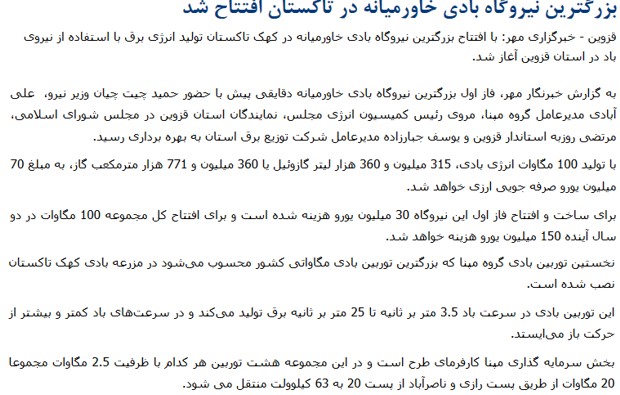