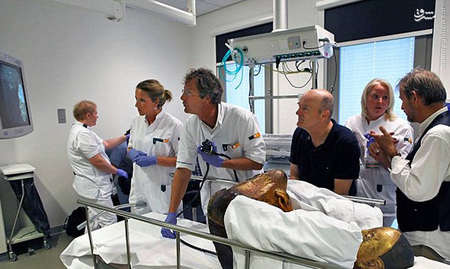 What looks like a traditional statue of Buddha dating back to the 11th or 12th century was recently revealed to be quite a bit more. A CT scan and endoscopy carried out by the Netherlands-based Drents Museum at the Meander Medical Centre in Amersfoort, showed the ancient reliquary fully encases the mummified remains of a Buddhist master known as Liuquan of the Chinese Meditation School. While it was known beforehand the remains of a person were inside, another startling discovery was made during the scan: where the organs had been removed prior to mummification, researches discovered rolls of paper scraps covered in Chinese writing. 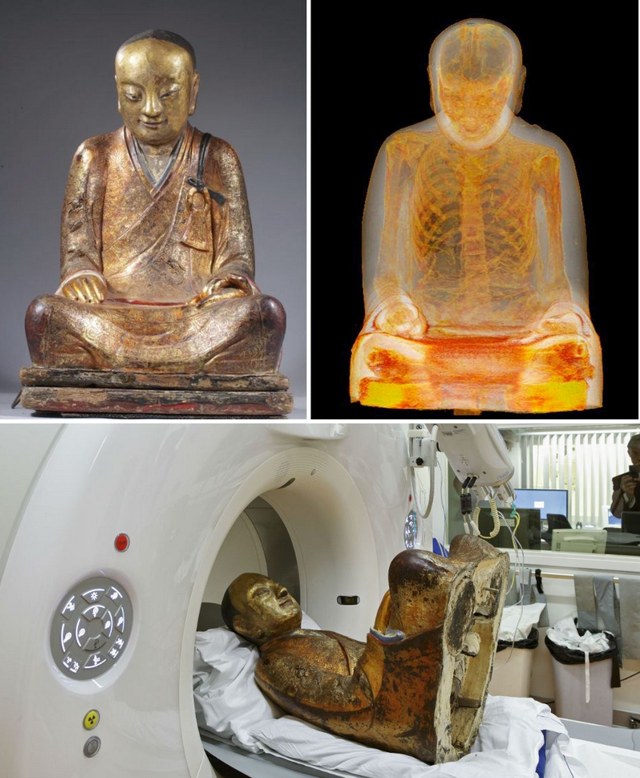