The U.S. Navy says its new laser weapon works and it will use it if it has to. The Office of Naval Research reported Wednesday that its laser weapons system — dubbed LaWS — had performed flawlessly in tests aboard the amphibious transport dock USS Ponce in the Arabian Gulf from September to November. Klunder said the laser performed so well that the commander of the Ponce is now authorized to use it in defense of the vessel, according to a report from the U.S. Naval Institute. The laser could be used to stop threats ranging from drones and helicopters to small patrol boats, and at $1 a shot is super cheap. 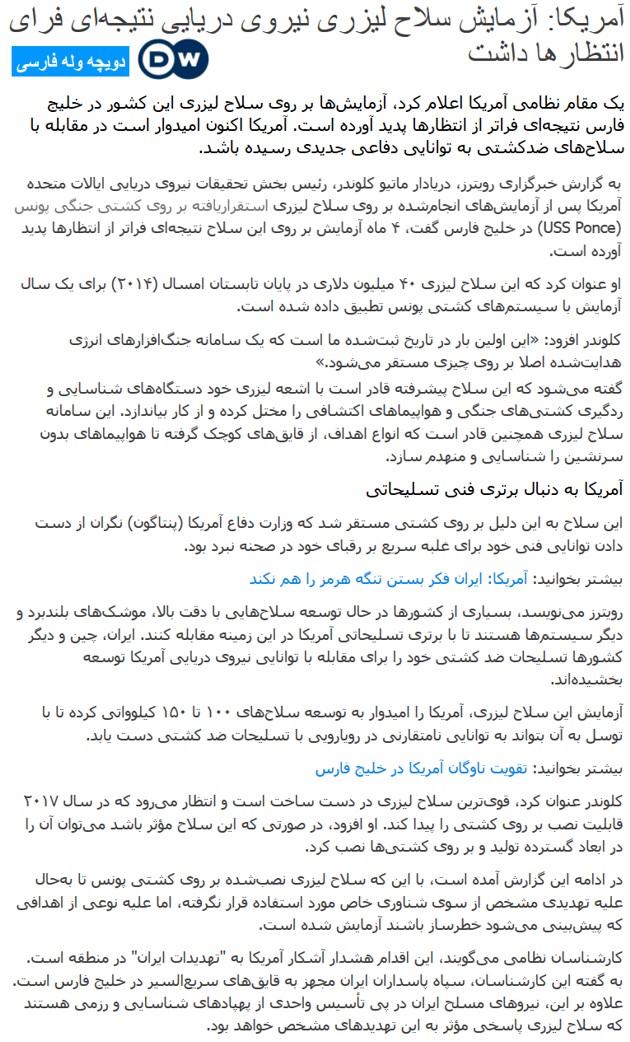