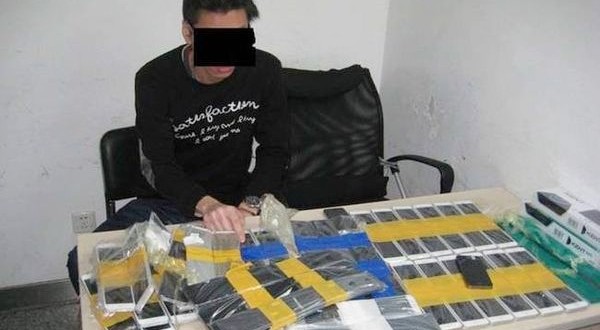 A Hong Kong man was caught with 94 iPhone handsets taped all over his body by customs agents at a checkpoint in the southern Chinese city of Shenzhen on Sunday. What gave him away, authorities said, was his jerky movements as he tried to walk with the cellphones attached to him while he crossed the border late Sunday, the South China Morning Post reported. The phones, iPhone 5s and 6 models, were together worth more than $49,000. Photos released by customs authorities show dozens of neatly shrink-wrapped shiny iPhones strapped around the man’s chest, abdomen, crotch and thighs with duct tape. 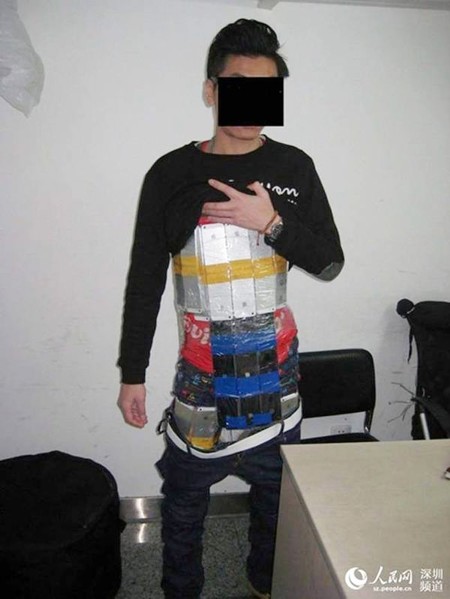 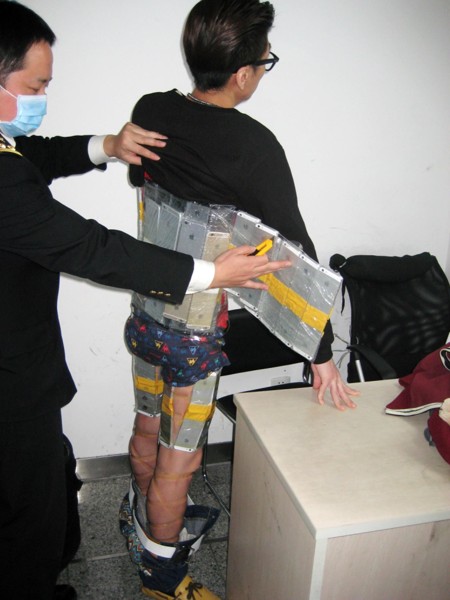