Manizhe Karimi (better known by her stage name Mandana Karimi), is an Iranian actress and model based in India. After working on several successful modelling projects around the world, she appeared as a lead actress in the Bollywood film, Bhaag Johnny. She was also the 2nd runner up in the popular reality TV show, Bigg Boss 9. 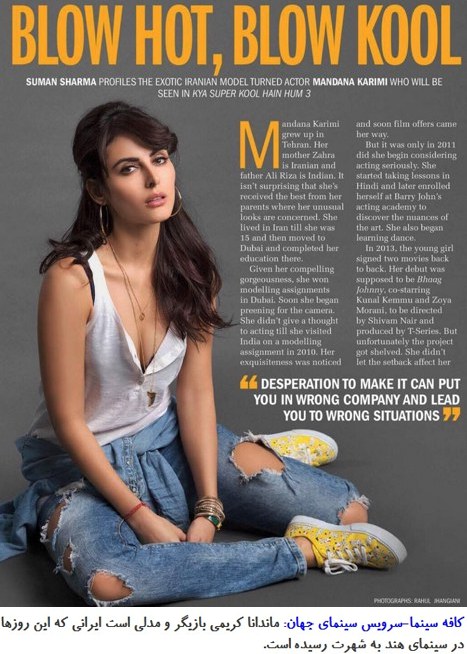