March 19, 2015 Comments Off on Many of the cities Taxi fleet is in need of upgrade 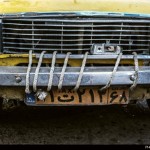 Taxicab drivers have always been barometers of political trends in the capital among the middle class. It is said that taxi drivers love to discuss politics, lest it draw them into trouble. To avoid the risks, they dangled small signs from their rearview mirrors that read, “Political debate not permitted.” Today, those same taxis — in some cases the same ... END_OF_DOCUMENT_TOKEN_TO_BE_REPLACED

Buying a car and personalizing the License plate

February 19, 2015 Comments Off on Buying a car and personalizing the License plate 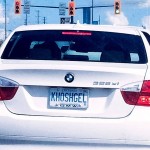 Statistically, vanity license plates are unique. And someone paid extra money to put that short message on their vehicle. The rest of us stop what we’re doing, point them out to our friends, and we all ask why? In California you can You can check online at www.dmv.ca.gov to find out if a specific personalized license plate configuration has been ... END_OF_DOCUMENT_TOKEN_TO_BE_REPLACED 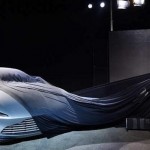 Aston Martin unveiled the latest iteration of the James Bond car at London’s Pinewood Studios last month. Daniel Craig’s 007 will drive in the car in the Sam Mendes-directed Spectre, the 24th installment in the Bond franchise, set for release in November 2015. Ten of the cars — dubbed the DB10 — will be hand-built at Aston Martin’s headquarters in ... END_OF_DOCUMENT_TOKEN_TO_BE_REPLACED

January 7, 2015 Comments Off on Mercedes F015 concept self driving car 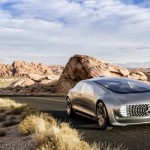 Mercedes-Benz used this week’s 2015 Consumer Electronics Show to present the new F015 Luxury in Motion concept car. It’s a self-driving, fully-connected, hydrogen-electric plug-in hybrid that Mercedes says hints at what its cars in the future may be like. Equipped with a range of sensors that allow automated driving and outfitted in mix of white leather and pale wood trim, ... END_OF_DOCUMENT_TOKEN_TO_BE_REPLACED

A Flying Car with 430 Mile range 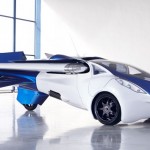 People have been hoping for flying vehicles since the first “Back to the Future” came out. Researchers have had their experience with many prototypes and have been advancing significantly, especially one company, AeroMobil The Slovakia-based company has built and approved a flying car, AeroMobil 3.0, which has been steadily tested in flight since October of 2014. AeroMobil 3.0 can match ... END_OF_DOCUMENT_TOKEN_TO_BE_REPLACED 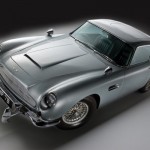 1964 Aston-Martin DB5 James Bond’s Car in “Goldfinger” Eon Productions, the producers of the legendary James Bond film series, chose the new DB5 as the 007 conveyance, as it represented the epitome of British style and performance. The car had recently been displayed to great acclaim at the Earl’s Court Motor Show in London, and although other marques were briefly ... END_OF_DOCUMENT_TOKEN_TO_BE_REPLACED 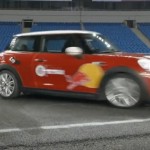 Chinese wheelman Han Yue has done the seemingly impossible by breaking the tightest car parallel parking record. Han managed to neatly slide his way into a gap measuring just 8 cm (3.15 inch) longer than the MINI 3 Door Hatch he was driving for the attempt which took place on Friday as part of the “China Drift Championship” held at ... END_OF_DOCUMENT_TOKEN_TO_BE_REPLACED

Tesla says in talks with BMW

November 24, 2014 Comments Off on Tesla says in talks with BMW 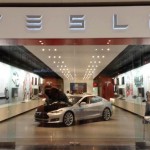 November 21, 2014 Comments Off on Armored Mercedes SUV take shots from an AK-47 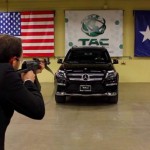 Texas Armoring Corporation (TAC) is a supplier of bulletproof vehicles based out of San Antonio, TX. In its latest video, the company’s CEO Trent Kimball brings product testing to a whole new level as he sits inside one of TAC’s bullet-proof Mercedes-Benz SUV’s while it’s being shot at by an AK-47. The boys at TAC even leave the unedited sequence ... END_OF_DOCUMENT_TOKEN_TO_BE_REPLACED

October 29, 2014 Comments Off on Most Expensive SUVs on the Market 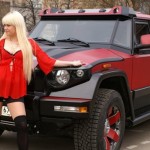 SUVs are the perfect marriage of a truck and a van. Like a truck, an SUV is powerful enough to tow heavier objects such as travel trailers and boats. However, they also have the added seating capacity only offered in a full-sized truck or mini-van. They were considered perfect for pretty much anything one required them to do. Then in ... END_OF_DOCUMENT_TOKEN_TO_BE_REPLACED