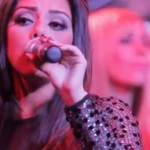 These talented young singers led by the female singer Morvarid shahbazi perform a cover version of two well know songs of Googoosh and the Barobax Band back to back. We did a little online research for those interested looks like the singers can be booked for your special events through [this] talent agency. END_OF_DOCUMENT_TOKEN_TO_BE_REPLACED

Wedding day your most memorable day!

February 5, 2015 Comments Off on Wedding day your most memorable day! 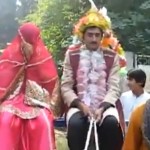 If you’re planning a wedding, you may feel that you’ve thought of everything. Well this groom had a problem during this arranged marriage traditional ceremony. With the expanding social reform and female emancipation that accompanied economic and literacy growth after independence, many commentators predicted the gradual demise of arranged marriages in India, well what you see here could generate the ... END_OF_DOCUMENT_TOKEN_TO_BE_REPLACED

January 31, 2015 Comments Off on Free subway tickets with exercise 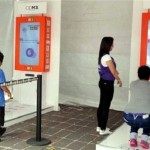 Concerned health officials in the Mexican capital hope to get residents in shape by offering free journeys in return for them burning a few extra calories. From Monday, dozens of stations in the city’s metro system have been equipped with special machines that, in exchange for 10 squats, will tell passengers how many calories they burned and give them a ... END_OF_DOCUMENT_TOKEN_TO_BE_REPLACED 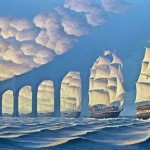 Rob Gonsalves (born in 1959 in Toronto, Canada) is a Canadian painter of magic realism with a unique perspective and style. He produces original works, limited edition prints and illustrations for his own books.  During his childhood, Gonsalves developed an interest in drawing from imagination using various media. By the age of twelve, his awareness of architecture grew as he ... END_OF_DOCUMENT_TOKEN_TO_BE_REPLACED 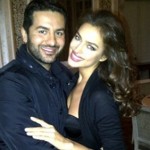 Did Irina Shayk Broke Up with Ronaldo for a modeling agent and a fashion designer named Ali Kavousi? Rumers started this past December when girlfriend of Real Madrid footballer Cristiano Ronaldo made waves when she showed up to a beach in Miami for Swim Week. She was without her boyfriend for the Miami trip, but Irina Shayk wasn’t alone. She ... END_OF_DOCUMENT_TOKEN_TO_BE_REPLACED 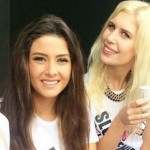 Miss Universe contestants are keen to proclaim their desire for world peace, but this year’s Miss Lebanon has declared war after claiming Miss Israel muscled in uninvited during a group “selfie.” Saly Greige took to her Facebook page to declare that Israel’s Doron Matalon had pushed her way into a now widely-circulated photo showing the Middle Eastern beauties with Miss ... END_OF_DOCUMENT_TOKEN_TO_BE_REPLACED 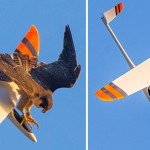 An aggressive falcon didn’t take too kindly to a model glider invading its airspace in Los Angeles. The peregrine attacked several planes in the South Bay area after they came too close to her nest.  The planes were no match for the bird, which can reach speeds of up to 200mph, and quickly plummeted to the ground. END_OF_DOCUMENT_TOKEN_TO_BE_REPLACED 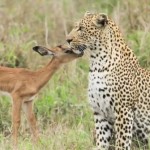 At South Africa’s Kruger National Park, a young impala, an animal that would typically be considered prey, unexpectedly approached a predatory leopard. Rather than pounce on the young creature, a game ranger was shocked and amazed to see the leopard play around with the small creature, rolling around in high grasses and having fun. It’s a sight that’s incredibly rare ... END_OF_DOCUMENT_TOKEN_TO_BE_REPLACED 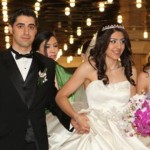 Toronto Star news paper reports, Shakiba Banifatemi owns half of $1-million home, a gift from her soon-to-be ex-husband’s family. A judge rules she does not have to return her share. In keeping with Iranian tradition, the groom’s family gave the bride a generous gift — half ownership of a $1-million Ottawa home — a “dowry” that is now the source of ... END_OF_DOCUMENT_TOKEN_TO_BE_REPLACED 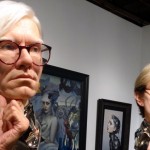 Take a look at the Amazing Life-like Sculptures by Kazuhiro Tsuji. Kazuhiro Tsuji was born in Kyoto, Japan. He started to paint and sculpt in childhood, expressing an early enthusiasm for art, painting, photography, nature, science and technology. Experimenting in various media, he discovered portraiture was his true passion. He is primarily focused on his work as a portrait artist creating ... END_OF_DOCUMENT_TOKEN_TO_BE_REPLACED