When 7-year-old child Raha Ghorbani gets into her father’s car, she goes straight for the driver’s seat and performs drifts. The child participates as a guest in Tehran’s racing events, and dreams of becoming a racing champion herself one day. Mohsen Ghorbani, her father, says many people have asked him not to let his daughter drive since she is too young for that. But Ghorbani says all he wants is to see his daughter “make progress with her talent and even become champion.” 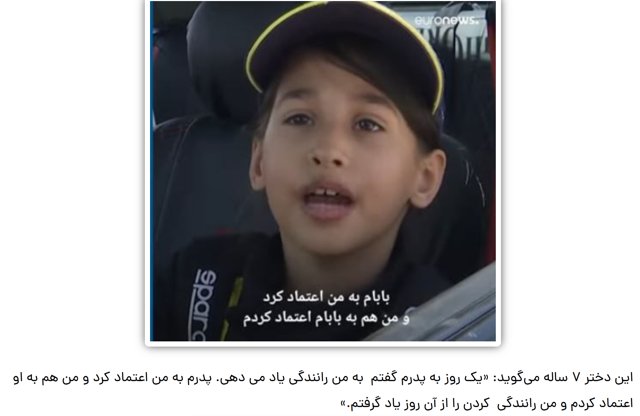