Interesting facts about the Caspian Sea

The sea bed in the southern part reaches as low as 1,023 m (3,356 ft) below sea level, which is the second lowest natural depression on earth after Lake Baikal (−1,180 m, −3,871 ft). The ancient inhabitants of its coast perceived the Caspian Sea as an ocean, probably because of its saltiness and large size. 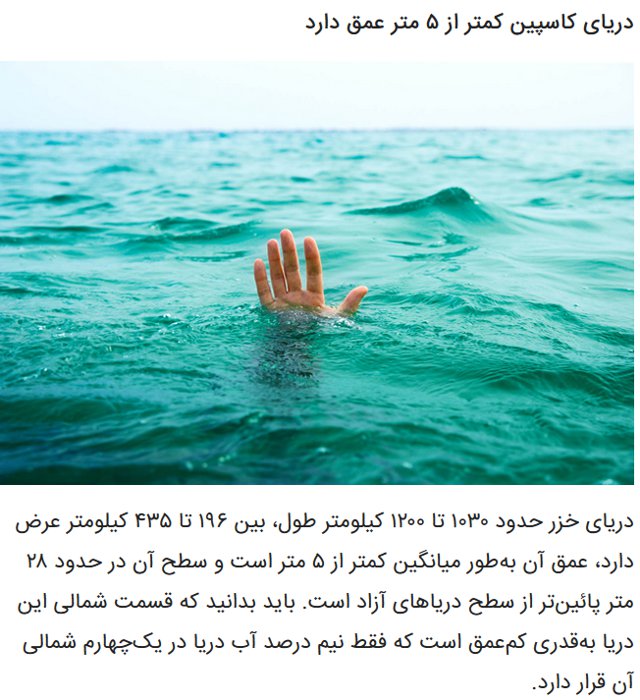